as seen on TV

The previous August had seen the bombing of Inglis Barracks, Mill Hill, London by the Provisional Irish Republican Army. One soldier had been killed and a further ten were wounded. It was the I.R.A.’s first successful bomb attack on the British mainland since 1984 and the attempt on Margaret Thatcher’s life at the Brighton hotel Conservative Party Conference, killing 5 and wounding 30. 1989 would be the year that saw two further barracks attacks take place. The first to be targeted was Clive Barracks, Tern Hill; then the home of the 2nd Battalion Parachute Regiment.

On 20 Feb 1989, Privates Curran and Norris were on all-night prowler duty. At ten minutes past three in the morning, they spotted two shadowy figures in an unlit area in the centre of the barracks. Both figures immediately separated from each other, with one heading in direction of the entrance of HQ Company Block.

Norris moved swiftly to confront this man and demand identification. Curran saw he was carrying a holdall, which he promptly dropped, shouted: “SAS – MOVE AWAY!” and produced a pistol which he pointed at both paratroopers. Curran grappled to disarm him, but in the ensuing struggle, lost his own weapon to the intruder. The intruder then ran through the side entrance of HQ Company Block and Curran took the initiative, telling Norris to fetch the Guard from the guardroom.

Curran searched the holdall to find that it contained the contents of a bomb. He quickly raised the alarm and stayed besides the bomb whilst shouting warnings and orders to evacuate. At this point, Curran spotted the two intruders 30 metres away trying to gain access once more to HQ Company Block. Despite knowing that at least one man was armed, he challenged them and fired two rounds at them from his SA80 rifle. He moved, got cover and fired a further round. The intruders fled towards the open are of the airfield. 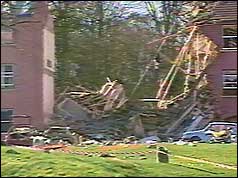 Curran returned to the holdall to ensure that those evacuated were kept away from it. Fifteen minutes later, the first of four bombs that had been planted exploded. The subsequent explosions, (which were later reported to have heard 20 miles away in Shrewsbury) reduced the majority of HQ Company Block to rubble and severely damaged nearby barracks blocks. The bombers escaped by hijacking a car at gunpoint from civilian houses down the road from the barracks. Patrick Sheehy was thought to have been involved in this attack and the previous one at Mill Hill. He was later connected to the later bombings of the Stock Exchange and Carlton Club. Sheehy was found dead after apparently shooting himself in the County Tipperary town of Nenagh on New Year’s night of 1990.

“That there were no casualties was largely due to the prompt actions of the prowler guard who spotted the bomber and managed to engage them – with bullets rather than polite conversation. They managed to evacuate the sleeping soldiers prior to a huge explosion. Those soldiers owed their lives to ‘Paddy’ Curran and ‘Taff’ Norris. The Celtic fringes had saved the day. This was just as well, as 2 Para were already the victims of the worst attack in Northern Ireland when 18 of their soldiers were killed at Warrenpoint. The Tern Hill bombing was my first flirtation with the press: I was quite pleased that the Birmingham Evening Post had described me a ‘tight-lipped Captain’.”

“More than 50 soldiers escaped injury today when they were evacuated minutes before a series of explosions extensively damaged their barracks in central England.

The I.R.A. had vowed revenge after soldiers from The Parachute First Battalion shot and killed 13 people in a civil rights march in Londonderry in January 1972. A month later, the guerrillas killed 7 people in a bomb attack on the regiment's officers' dining hall in the English town of Aldershot. Seven years later, the I.R.A. ambushed soldiers of the Second Battalion near the border with the Irish Republic, killing 18.

“Police are hunting two IRA bombers who attacked an army barracks at Tern Hill in Shropshire. The bombers escaped in a stolen car which was found earlier this evening about 10 miles from the barracks. When challenged, they dumped a sports bag – containing a third bomb – and ran off. The soldiers fired three rounds from assault rifles. Some minutes later the first two bombs exploded.”

“Soon after, Brian Fleet, who lived about a mile from the barracks, was wakened by a man banging on his front door in the middle of the night. He assumed there had been a road accident and went to the door, but saw a man armed with a pistol shouting angrily in what he described as a broad Irish accent. The gunman then forced his way into another house and seized the owner’s Ford Montego after threatening to shoot his wife. Police named two men they wanted to question following the raid, including Patrick Sheehy, a labourer from County Limerick in the Irish Republic.”

“Police fear that the IRA terrorists who bombed an Army barracks may have a safe house with a huge stockpile of explosives. Prime suspects for Monday’s attack on Clive Barracks, Tern Hill, Shropshire, are two IRA men who operated a bomb-making factory in Clapham, South London, where detectives discovered that a third man, a getaway driver, may have been waiting for the pair. The two are Patrick Sheehy, 28 from Limerick, and an accomplice who uses the aliases Jim Errington and I.P. Flynn. They have already been linked to the IRA attack on Inglis Barracks in North London in which one man died.” 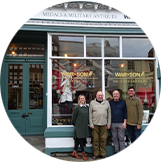 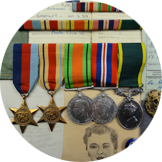 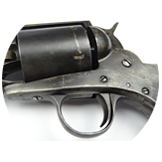 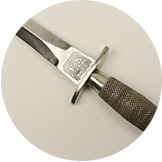 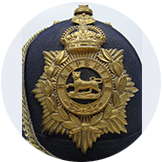 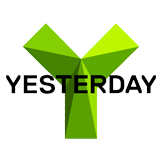 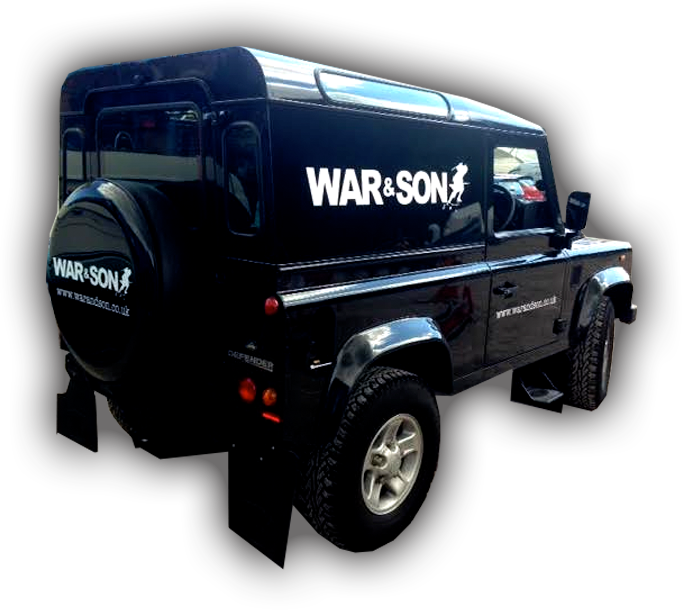