War & Son are family dealers of medals and military antiques. Father and son, Dave and Steve Nuwar have 30 years knowledge and experience of buying and selling military memorabilia and combat collectibles. War & Son's shop is located on 14 Drapers Lane, Leominster, Herefordshire, HR6 8ND and is open 10:00 - 15:00 Monday - Friday. Having established initially as Welsh Medals & Militaria with a shop in Pontcanna, then dealing in medals & militaria via Jacob's Antique Centre in Cardiff, War & Son can also be found on the road at UK Medals & Militaria fairs and, as members, at the Orders & Medals Research Society Conventions.

What sets War & Son apart is their focus on quality and rarity. Since Dave's collecting days he has always maintained that each item tells a story of its own. Only military antiques and war medals give such a personal insight into history, being touched or awarded to the people who often gave everything for the greater cause.

A note from the 'Son' 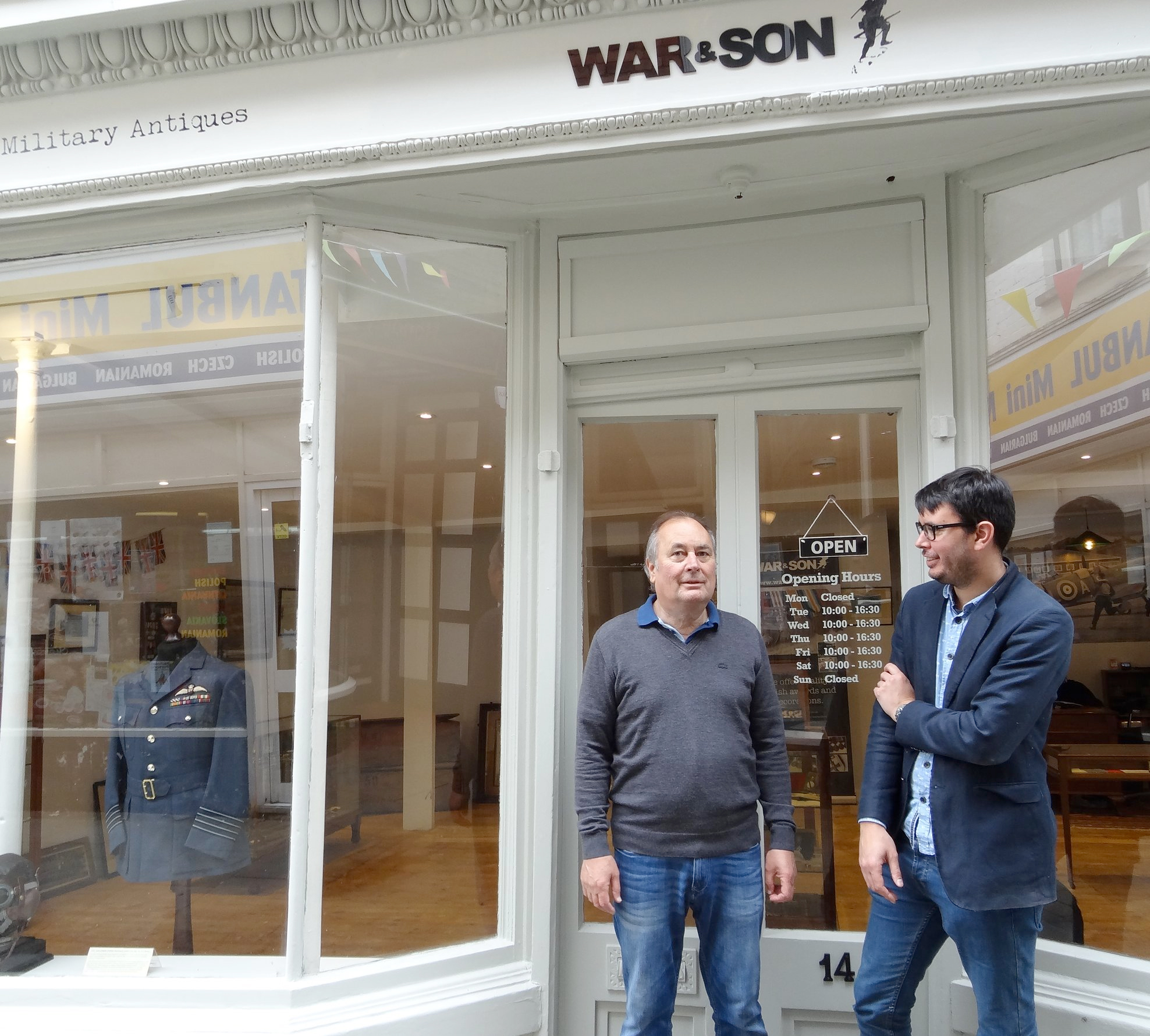 My father, Dave, has collected military antiques longer than I have been alive. Early memories include being frightened by a rather smelly zulu shield he kept in the corner of the dining room. Years later, the fear has evaporated by finding out the correct name for the shield is a delightful ‘Umbumuluzo’ (if only I had been told at the time!)

In my teens I recall my father extolling the virtues of medals as little pieces of art. At the time, I accepted that some of them can be intricate like jewellery. But I was more interested in Edward Hopper’s paintings, Jack Kerouac’s writing and collecting 60s records. Peace not War. Gradually, I began to see some similarity in uncovering the story behind the stark name on a medal and imagining the life of the shady, behatted man in Hopper’s Nighthawks. In studying ancestral roots, the metal comes alive. It is possible to find a place of birth, discover the colour of a soldier’s eyes, see newspaper snippets or handwritten letters home. Know when he lived and died.

I used to find a wartime artefact or personal medal somewhat macabre. But they give more than a photographic flash bulb to the past. They can teleport you: sail aboard doomed submarine H.M.S. Triumph in WWII. Be part of Sergeant Harrison's Manchester Battalion, as he holds off the German advances in woodland during WWI. Pilot a low-level Mosquito bomber with legendary airman, Squadron Leader Sydney Clayton. 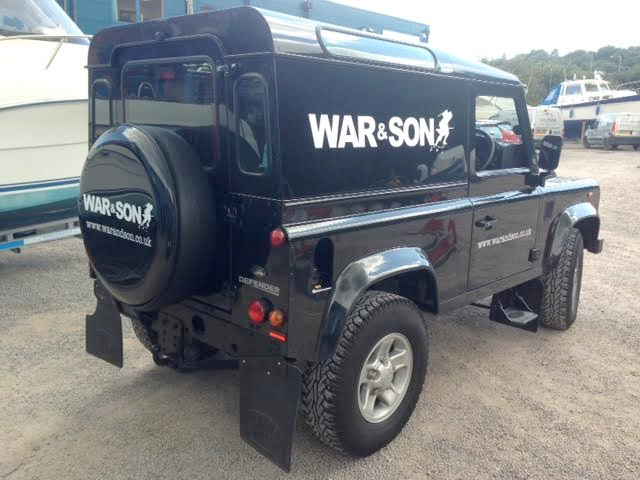 As the shadows grow longer across our old Empire's lawns, I do not gage a detachment or remoteness in younger generations. It may sometimes seem like another planet when reading about British soldiers fighting King Kalkali of Ashantee and mapping out just how many far flung places Britain & the Commonwealth was at war. But don’t ever think we don’t value who has gone before us. That goes for my father, and also my grandfather who was from the Middle East, and my grandmother from Singapore. See - I am a human by-product of Empire!

We welcome you to browse and buy our antique military items; each one original and a monument in time. Please get in touch and we will do our best to answer your questions, help or supply you with whatever you need. This works both ways: if you have a juicy wartime artefact you know we’ll be interested in, drop us a line!

Also, find out if our War & Son Landrover is in your area by following us on Twitter. If nearby, we can always drop by to look at your military antiques! 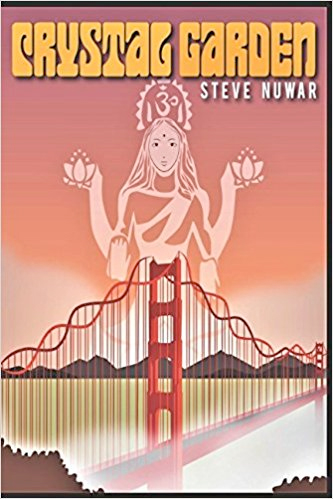 Steve Nuwar's new novel, Crystal Garden, has just been published by Midnight Street Press. It is available to buy on Amazon or Kindle.

"Steve Nuwar's novel takes us back to 1960s San Francisco as Phil and Janice find their places in the city at the time of mind-expanding explorations of LSD. But it soon turns out there is a dark side to the new freedom. Crystal Garden is reminiscent of Philip K. Dick's 'A Scanner Darkly'." - Gary Couzens

"Crystal Garden is an entertaining insight into tripping, love and the rise of the counter-culture in 60s San Francisco. When Phil and his friends experiment with LSD they quickly become attuned to revolutions both personal and global; yet does the drug represent freedom or simply another form of control?" - Andrew Hook