Captain Calamity: First-hand account of the sinking of the RMS Ivernia, commanded by the same man as RMS Lusitania

"I Just arrived at Alexandria after the worst experience of my life aboard the RMS “Ivernia”. Everything was going well until the Jan 1st and it will be a New Year’s Day that I shall never forget as long as I live. We were torpedoed about 10 mins to 11am; at that time I was standing on the boat deck just above the place where the torpedo struck and the next thing I knew was that I was hurled to the deck below and before I could recover myself I was pinned to the deck with what seemed to be tons of water, and I can tell you love – I thought it was all over."

“However, the water suddenly stopped and I found that I was alright, only that my left leg was hurting and it was sore stiff! The ship then began to list to one side badly, then she seemed to shudder all over, and then she righted herself again, so I went to my boat station which was Boat 11. Five boats had to be lowered before mine, so there was nothing for me to do but give a hand at getting the others away and this I did.”

“Now my dear, this is what happened and there were some awful scenes. We got the first boat away alright and then hauled the ropes up again to hook onto the other boat – this we managed to do and when the boat was full of men, we began to lower away. Just as the boat got halfway down, one of the ropes snapped and threw all the men into the water, the other rope then broke and the boat fell into the water upside down and buried the poor men it who were drowned because they could not get up above water. The cries were awful, to make matters worse, some of them got badly cut with the propeller. Oh! I shall never forget it and after some awful scenes on the battlefield, but none like this – you could hear the muffled cries of the chaps shouting for their mothers.”

“The sea was too rough, no one could do anything for them and this was not the only boat which broke from the ropes – there were several. Well, my dear, after the ropes had broken on this boat, we of course could not use the ropes for any other, and for a bit one did not know what to do, and the sea seemed to be getting rougher and it looked as if there was no choice but to wait until the ship went down and then trust to luck, and that was too risky as we may get sucked down with it.” 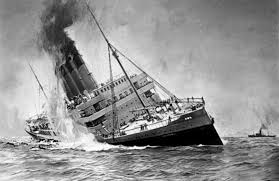 “By this time, some of the young lads, and they were only mere lads, began to get panic-stricken and some jumped overboard and it took all one’s time to keep them in hand. However, the Officer who was in charge of my boat – a fine chap and as cool as ice, said: “Come on Sergeant – all we can do is to throw as many rafts as we can over and then it is every man for himself.” So this we did and then the Officer shook hands with me and wished me luck, I said the same to him and then jumped overboard. I have not seen him since. I waited and looked around and saw a torpedo boat and two minesweepers coming towards me, as we had sent out the S.O.S. call and as the ship was sinking lower and lower, I said a Prayer and then dived.”

“Oh! how thankful I was that I had learnt to swim and was fairly good. I had a life-belt on as well. When I got in the water, the sea was rough and the waves seemed like mountains and cliffs. I passed rafts with chaps on and men clinging to oars – some already dead and then I began to be sick, anyway love, believe me or believe me not, I never lost confidence and seemed to have that feeling that I should come through and I never lost my head.” 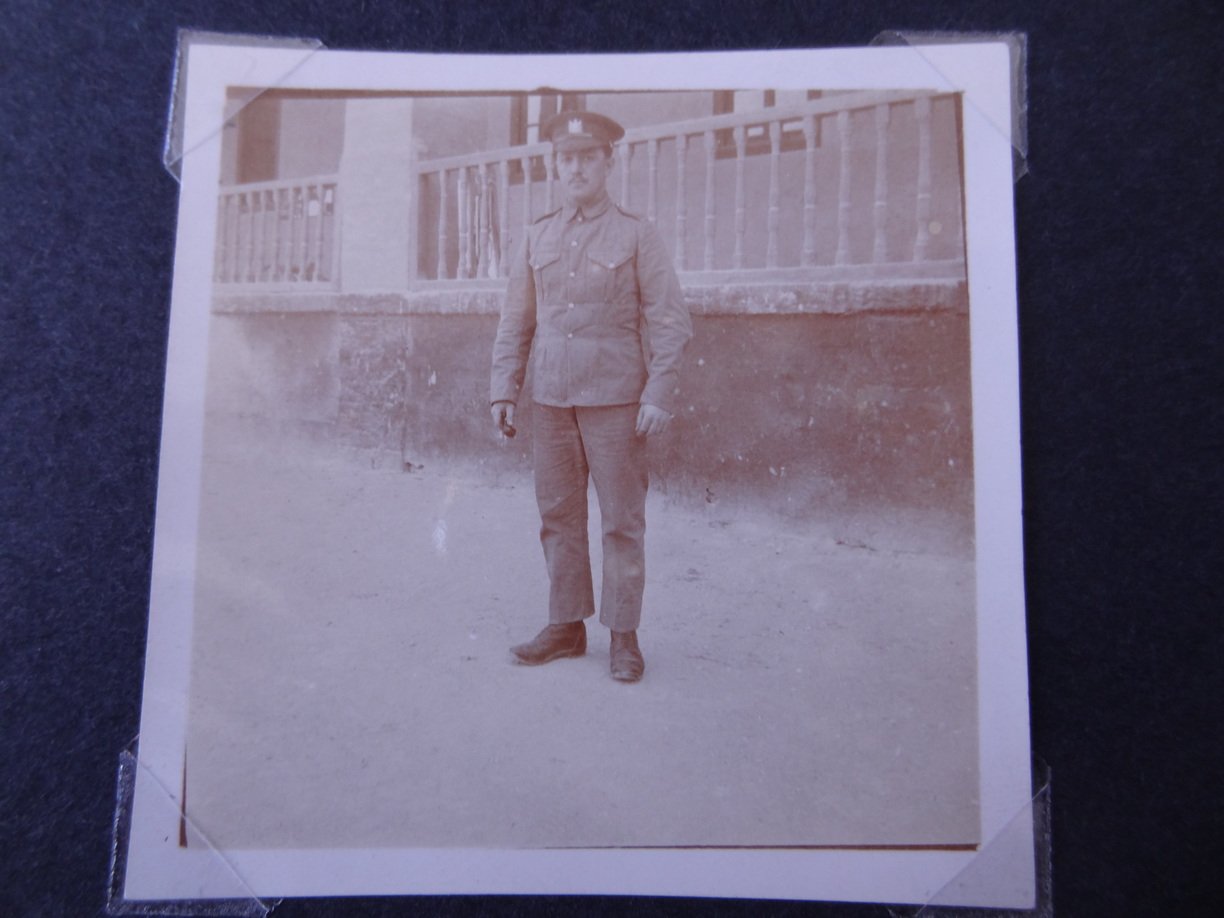 “I seemed to be in the water hours, but it was actually half an hour (but those dead bodies, it was awful and I have not been able to sleep properly since). When the torpedo boat came near me, and the Blue-jackets were working like heroes (which they are), picking up men on rafts and what few boats there were still afloat. They then passed me and I began to get down-hearted as it seemed they had not seen me – one of the Petty Officers told me afterwards that they saw I was swimming strongly and well and went to pick some poor chaps up who were gone; anyway, they came back and picked me up and that was no light job as the sea was so rough there was danger of smashing my head against the boat and killing myself.”

“They threw me a rope and I caught hold, but had not the strength to climb up and one of the sailors shouted to me to tie it around me tight; this I did and was hauled up and when I got on deck I collapsed, did not faint or anything like that, but my legs were so weak they took all my clothes off, gave me a good rub down and some rum – I felt alright again in about an hour. Well, this boat saved us, over 600 men, and the other boats saved most of the others out of over 2000 troops. We lost 147 men and 11 officers, but can’t tell the number of crew lost.”

“When I was in the water I could see your dear faces – you, my Fifi, my John, my ma and our Cis. The Captain of the “Ivernia” was Captain Turner of the Lusitania and another boat he had sunk in besides the Lusitania, and this was his first trip on the “Ivernia”. He only took command on Xmas Day! I suppose you had read the paper of the Ivernia being sunk – did you wonder if I were on her? I am thankful to be alive. I wonder what is going to happen next? Wounded twice at the Dardanelles, then later 5 operations for septic poisoning, nearly killed at Port Said, and now torpedoed. Whatever you do, don’t go sailing whilst I am away; it’s a good thing there were no women and children aboard.”