From Flying High to Running Around in the Dark: The story of a WWII RAF pilot evading capture behind enemy lines 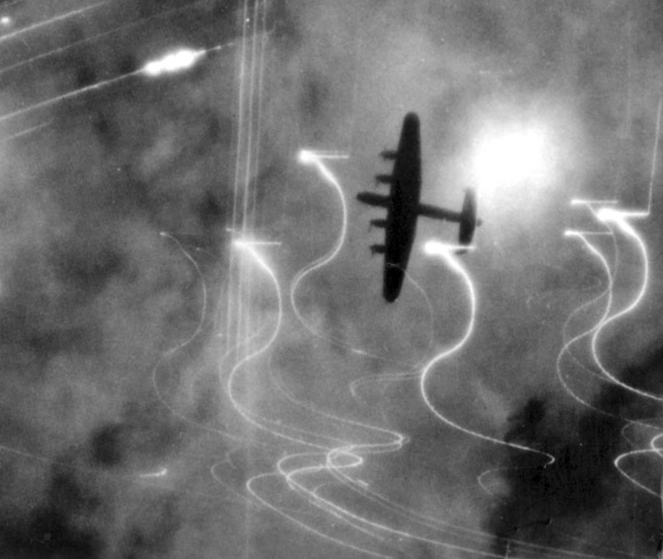 Lancaster LL828 was flying to Stuttgart on 15 Mar 1944 with a cosmopolitan crew: the pilot was the Australian, Flt. Sgt. P.A. Thomspson, Bomb Aimer “Doc” Hyde from Canada, Rear Gunner “Tommy” Maxwell from Ireland, Navigator G. Stevens originally from Mexico, Mid-Gunner “Taffy” Peake from Wales and Frank Harmsworth and Peter Jezzard from the UK. Bomber Command recorded the plane as being shot down somewhere over Rouen: 'Last heard on W/T at 0141 transmitting "Baling Out". Reports from the crew tell of attacks from night-fighters and from a fix taken of the wireless message it is likely the engagement took place SE of Rouen in France'.

“We were hit by fighters at 22,000 feet over Stuttgart. A fire broke out in both engines, so we made a beeline for England through the Ruhr Valley, when we were hit again by flak and fighter, still on fire and with fuel tanks empty. The whole crew bailed out at 3:15am near Amiens, France.”

Of the crew of seven, four (including Tommy Maxwell and Peter Jezzard) managed to evade capture, whilst the remaining members were taken POW. Tommy gives the following account:

“The thing about bailing out, in total darkness at night, from a crippled aircraft or splashing your 25 ton Lancaster into a raging sea swell was that you didn't get any practice lessons beforehand, so it was a bit of a new thing. The nearest one got was about a year before was jumping off the top diving board in the warm water and brightly lit baths in Brighton in a flying suit and Mae West. Then the water had loads of noisy laughter and PT life-saving instructors to help if one got into difficulty.”

“It was 1.30 in the morning and pitch black, the top board was about 8,000 feet vibrating and descending rapidly, and spewing fuel and oil from ruptured tanks. No friendly life-savers etc, but the reality that our fuel was being exhausted even faster than calculated had now replaced the 'ditching' idea and bailing-out (and pretty soon at that) was the only option left. We, or certainly I was already well into a personal life saving preservation situation. I was personally totally disenchanted when the channel rowing exercise in total darkness was muted as a possibility. I never found the idea of hitting the English Channel at 100mph in total darkness, with sea and swell conditions unknown, and with an indeterminate amount of fuel, to be in the least appealing. Six of the crew all landed in an area 40 miles North East of Rouen and all reasonably close, within a kilometre or so of each other, but when they left the aircraft I was already on the way down some 20 kilometres further back, representing several minutes. The reason for their delay will never be known, but after 57 years almost to the day it has been established that the aeroplane crashed within a couple of miles from where some of the crew were taken POW.”

“Of the four who returned to England on May 22nd on a DC3 from Gibraltar to Bristol (Whitchurch) I only met up later with Peter Jezzard. Both of us returned to operational flying with our original Squadron 622, Peter finishing his 'tour' in November 1944 on 35 'trips' and myself on 32, finishing on New Year's Day 1945.”

Frank Harmsworth gives the following account from the time after the crew had crash-landed and were trying to evade capture:

“We met up with a schoolteacher who got me a change of clothes and temporary, false ID papers. He took me to a small rail station and there I bumped into my Wireless Operator Peter Jezzard. With barely a wink of recognition, we were on the train; the Frenchman [Maquis] up front, Pete in the middle, and me at the back of the coach. The train was straffed enroute by the R.A.F. guns so we hopped off the train and headed for a ditch. Later, we hopped back on the train and carried on to Paris. We got to the train station and it was very crowded with local Parisians, plus hundreds of German troops. We left the station and kept the same order of 20 ft. apart. After an hour we arrived at an apartment block and met the teacher's cousin, a vivacious, 20 year old girl, Madeline Vuillemont, who lived with her parents... I was moved across Paris on the metro to the East End... A couple of days after I arrived, trusty John took me to a large store in town, where I stood in line with locals and stood next to German soldiers to get my picture taken in a booth... After 2 days, with good police connections, I received back my French I.D. card with other documents all duly signed and rubber-stamped... They found out it was my 20th birthday, so one night, a sign was put on the door that said, "closed for a family party." I got lots of little presents like toothbrushes, a box of Belgian tobacco and some Galoise cigarettes. Then Peter, the Wireless Operator, was brought in so we got a bit boozed up. Lots of the Cafe patrons were "in the know" - no names were used except nicknames. It was one hell of a night!”

“Soon I had to say goodbye to these wonderful people. Helen, the Red Cross nurse took me to the main train station and put me on a train heading south. I pretended to be a wounded deaf/dumb ex French P.O.W. On the train, I met Peter again. We met a couple of young Frenchmen who worked at the Post Office... They had a backpack full of stamps that they had stolen from the Post Office to trade for money - so they were most helpful on our journey through France. Our I.D. cards passed muster several times on the way with Gestapo inspectors. We left the main line trains and road in a succession of goods and ammo trains jumping on and off while going uphill! Knees were scarred somewhat!”

“We came to the Bayonne area and walked through the outskirts. There was a curfew of 10pm so we got a second story room in a flea bag hotel. The Gestapo checked the registers every night, so a special knock was agreed upon for the friendlies - otherwise get out quick. Early one morning, it was still dark, when we got the wrong knock. We leaped out of the upstairs window in a flash and went running and scrambling through fences, backyards, and garden allotments. Dogs were barking and people were shouting. It was utter pandemonium. I was scared. We ended up in the Railway Yards... After hiding quietly for a couple of hours, we saw a train getting steam up, so the young Frenchmen spoke to the Engineer, who took us to a box car, then moved the train off quickly. During the night we were wakened by the slamming of doors - lots of shouting and "Achtung" and loud guttural German troops. It was an ammunition train being loaded! We fortunately did not get discovered and were very glad to leave.” 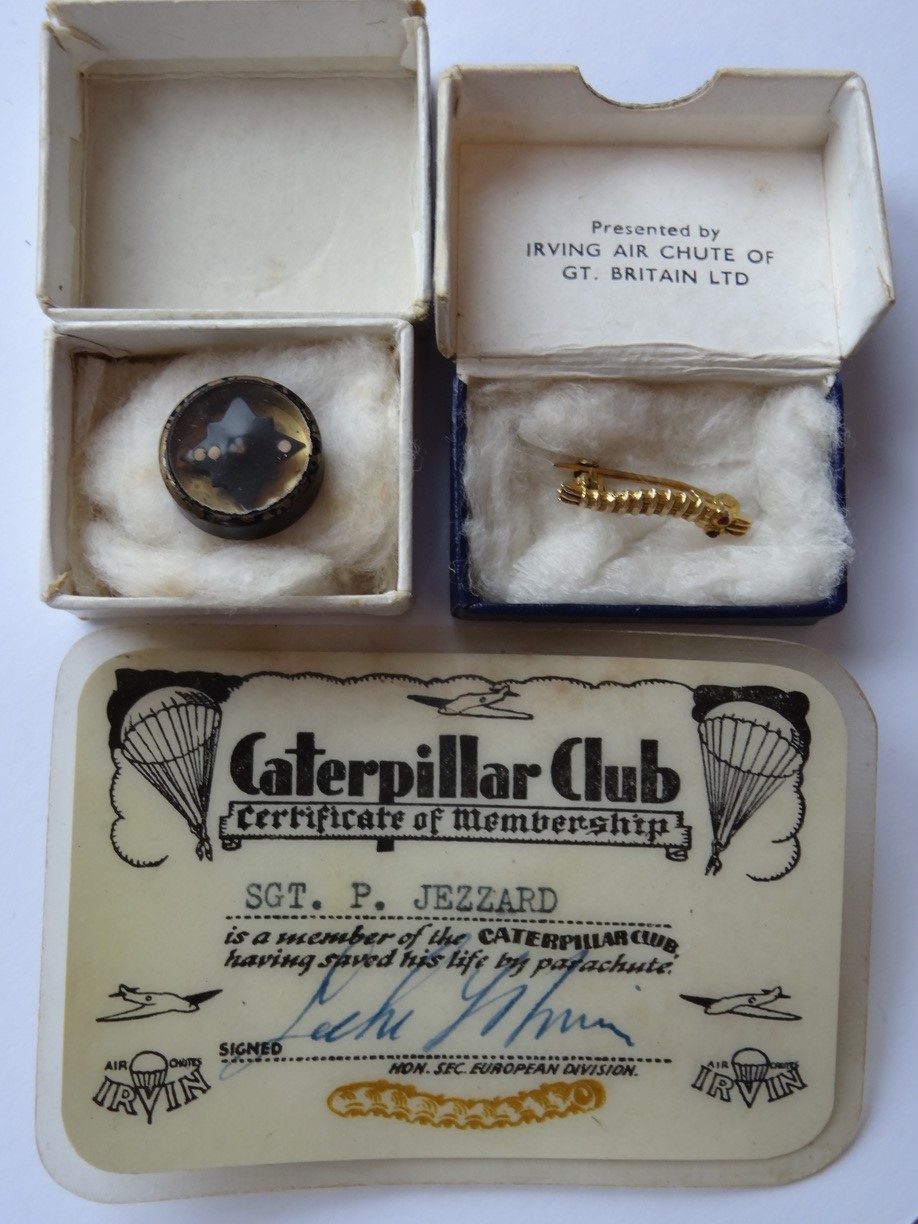 “Next day, we jumped off the train onto a gravel shoulder as it slowed for a hill in the Pyrenees Foothills - scarring our hands, knees and shins in the process. Walking through a village, we entered a forest and stayed in the bush for a couple of days. We were cold and in the open... One of the Frenchmen negotiated with a local Gasogena Taxi to take us to the edge of the Pyrenees Mountains. The taxi had a large wood boiler on the back which burned wood to make it go. We were approaching a checkpoint with a swing down wooden barricade right on top of a steep hill. The taxi started balking. As we stuffed wood in to stoke the fire, we were pushed up the hill. Fortunately, the taxi picked up speed, where it levelled off. Crashing through the barrier, we were chased by cavalry guards on horses - just like a Yankee movie. We descended quickly downhill for about 10 miles, so left them behind. Several more villages beyond, we switched to bicycles and walking on the steep, mountain roads - 5 people on 2 bikes.”

“A couple of days later, we arranged with a Basque guide to take us above the Snow Line up through the high Pyrenees (away from the roads and the Germans). We slept in shepherd caves by day, and walked by night and managed to avoid German Patrols... We were tracked by dogs and shot at in a long ravine. Eventually we hit the Spanish border.”

Once in Spain, Jezzard and Harmsworth were arrested by the Police, questioned and then transferred to the British Embassy in Madrid. Peter Jezzard travelled to Gibraltar returning to the UK on 22 May 1944 and he asked to be returned to his old squadron for operational flying immediately, arriving at Mildenhall on 1 Aug 1944, and was on an operational sortie to Bordeaux just four days later. Sadly, he was killed when his Wellington crashed into the North Sea whilst on a Navigation Exercise on 5 Apr 1948; he is commemorated on the Armed Forces Memorial, Staffordshire.