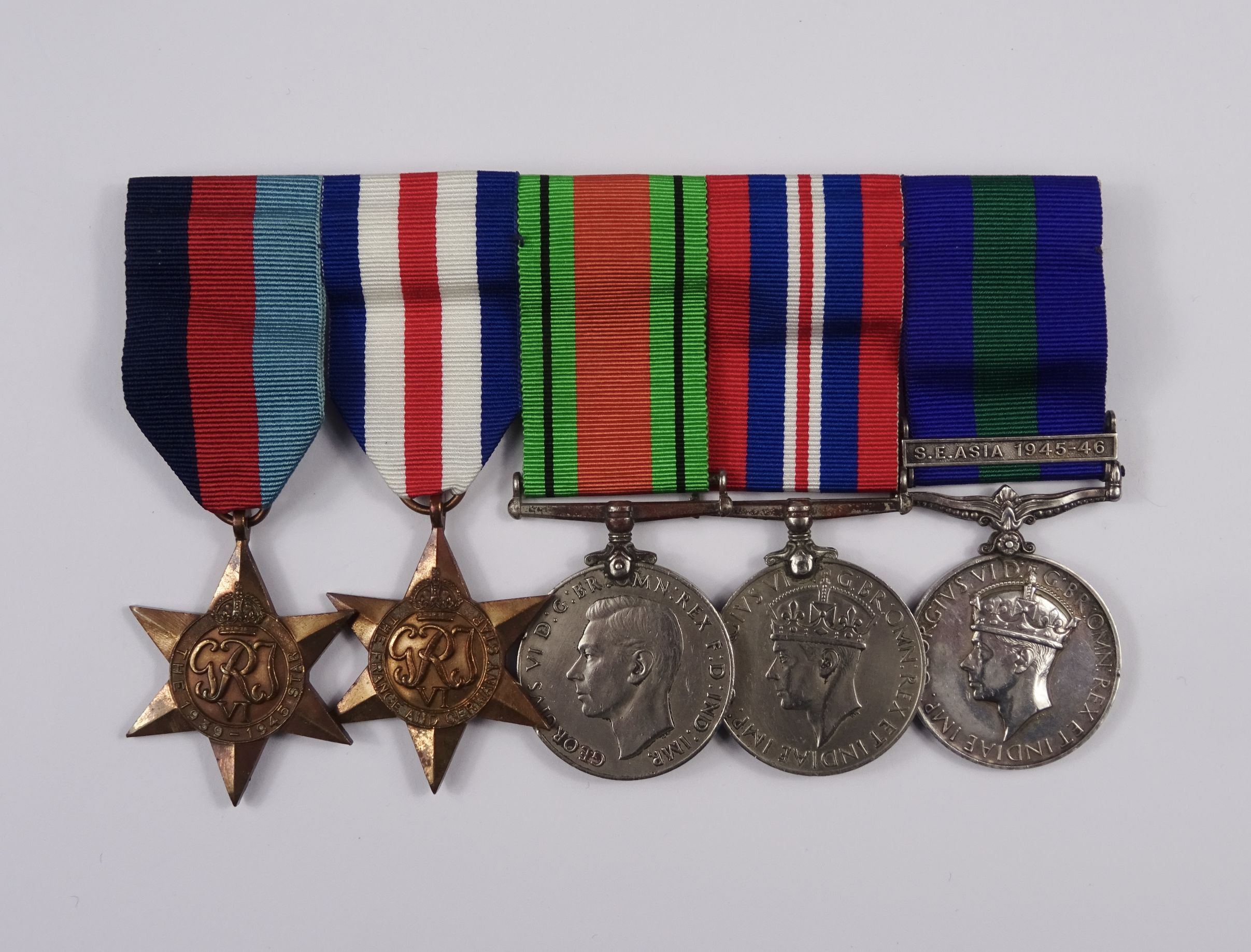 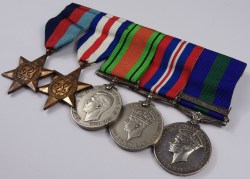 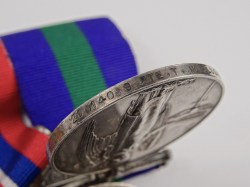 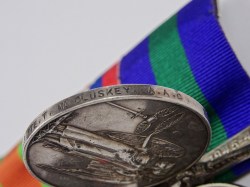 Thomas Alec McCluskey was born on 29 Jan 1924 and enlisted with The Buffs in Jan 1941, transferring to the Green Howards in 1942. In May 1943, the 10th (East Riding Yeomanry) Battalion converted to the 12th (Yorkshire) Parachute Battalion, commanded by Lt. Col. R.G. Parker, and was then assigned to the 5th Parachute Brigade, part of the 6th Parachute Brigade, 6th Airborne Division. On Mar 1944, McCluskey was injured in a parachue training drop and spent a period recuperating at Tidworth Military Hospital, resulting in him missing the D-Day drop on 6 June 1944, but he caught up with the action on 7 Aug 1944.

The 3rd Parachute Brigade advanced towards the River Touques at Pont-l'Eveque, facing very heavy resistance from German armoured divisions. Here, the brigade held firm while the 5th Parachute Brigade advanced throught them, reaching Pont-l'Eveque on 22 Aug 1944. Both the 12th and 13th battalions attempted to force a bridge head across the Touques River, but were forced back by heavy fire. Only ten men succeeded in crossing, and then became trapped on the far bank. McCluskey was wounded by a German bullet, and running low on ammunition, the men withdrew. McCluskey was admitted to 225 Parachute Field Ambulance and, on discovering the bullet has seriously penetrated the lower lumber region, he was repatriated to the UK on 26 Aug 1944. The following day, it was discovered the the Germans themselves had withdrawn from the position and a crossing was made unopposed.

McClusky recoved from his wound and was recorded Absent Without Leave and summoned by Military Court Martial and detained in Fort Darland for three weeks, not returning to the Ardennes until 24 Dec 1944. McClusky was again admitted to 225 Parachute Field Ambulance and remained in hospital in Belgium until late Feb 1945, when he returned to the UK. After the Japanese surrender, McCluskey sailed to Singapore and was involved in the round up of Japanese servicemen on the Malay-Siamese border. From Nov to Dec 1945, he served in Java to quash the Indonesian rebellion, after which he was posted to Palestine until Nov 1947. Promoted to Sergeant, McClusky joined the Small Arms School Corps and provided instruction to infantry weapons trainers and remaining in post until the early 1960s.