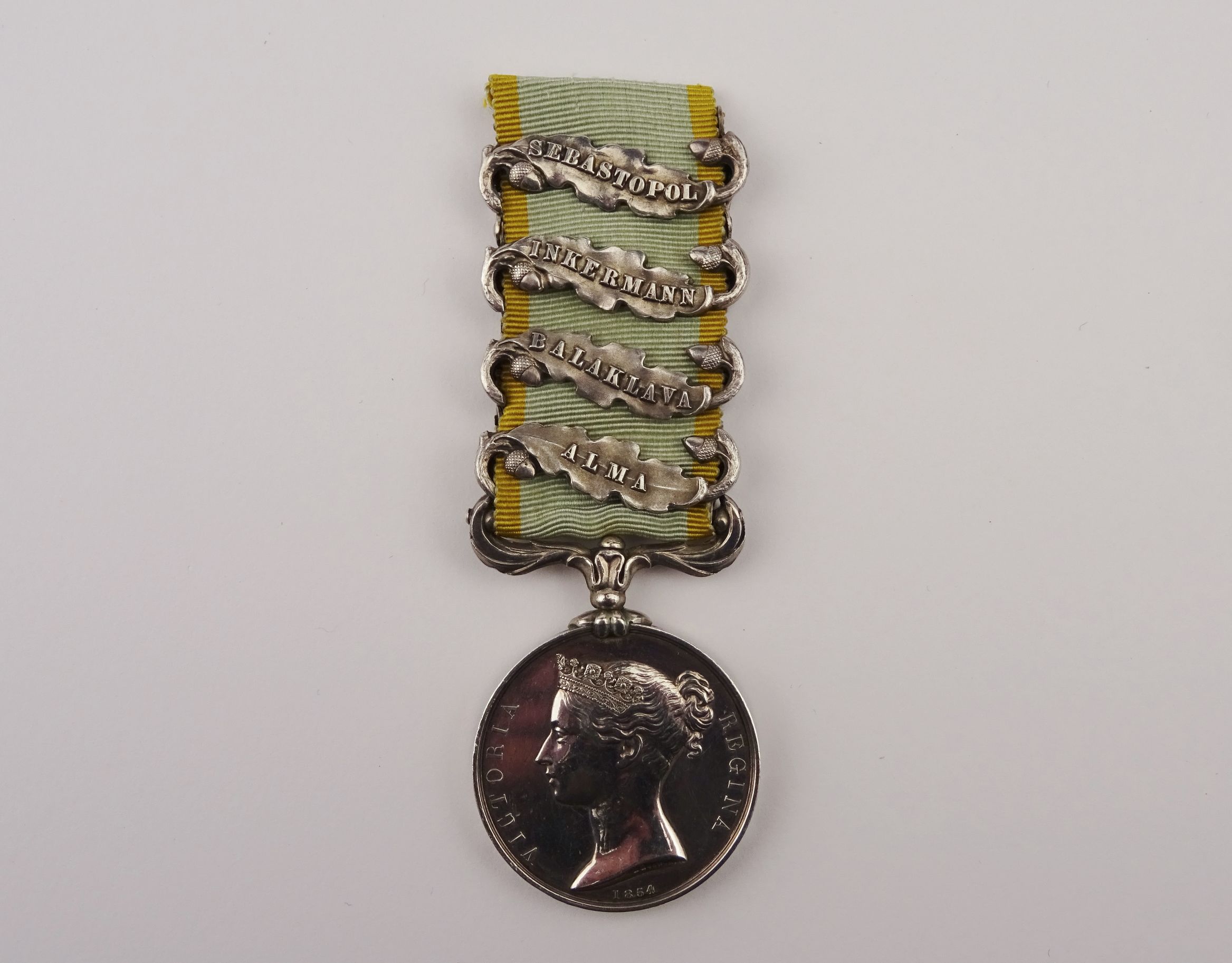 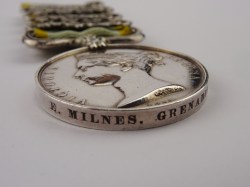 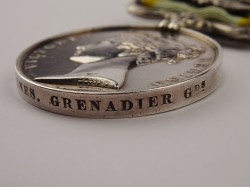 Ellis Milnes was born in 1825 in Shelf, Halifax, Yorkshire and worked as a labourer, marrying Mary Perry in 1849, and enlisted with the Grenadier Guards at Halifax on 21 May 1846, serving with the 3rd Battalion, Grenadier Guards in the Crimea from Feb 1854 with a regimental number of 4948, being Killed In Action at the Battle of Inkermann on 5 Nov 1854.

The Russians advanced upon the outposts of the British 2nd Division occupying the Sandbag Battery, and tried to defend the position against overwhelming numbers, eventually being forced to retire. The Brigade of Guards under the command of His Royal Highness the Duke of Cambridge and Major-General Sir Henry Bentinck, proceeded to the front and counter-attacked the Sandbag Battery, driving back the Russian forces. The Grenadier Guards maintained the position against repeated efforts by the Russians to retake the position. The Grenadier Guards were in the Battery with the Scots Fusiliers on their left flank and Coldstream Guards further left still. The Grenadier Guards suffered the highest losses, with nine Officers and 225 Other Ranks killed during the battle.