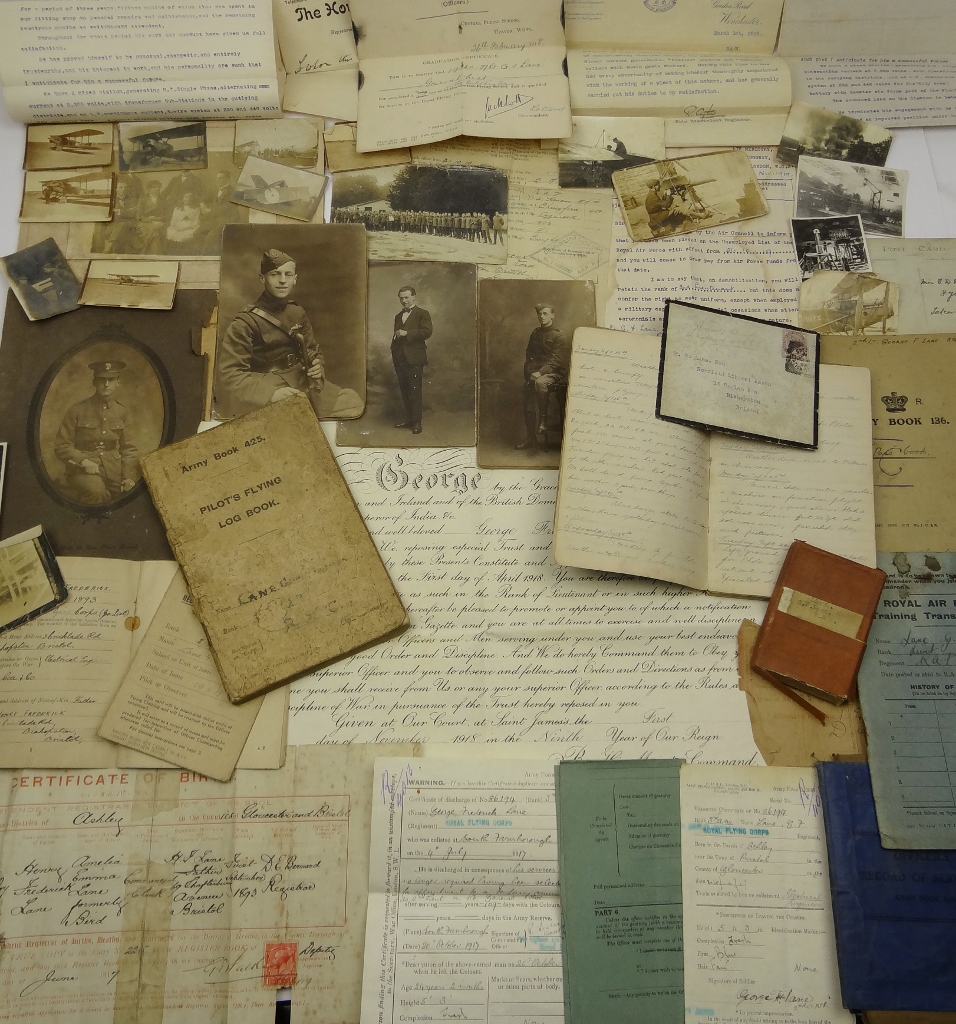 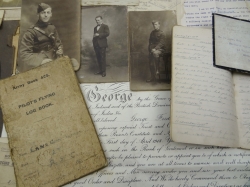 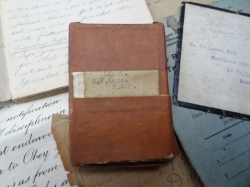 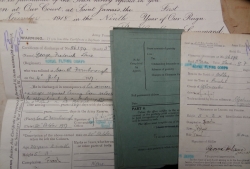 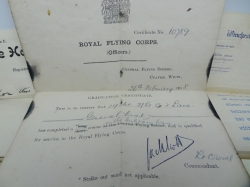 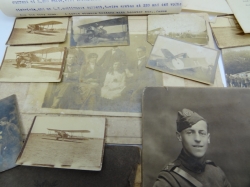 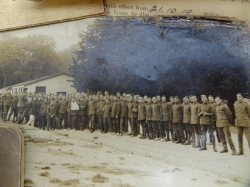 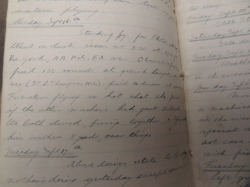 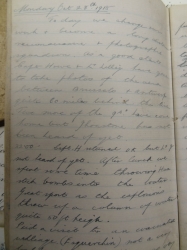 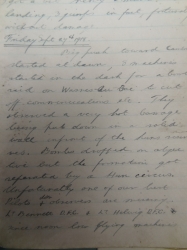 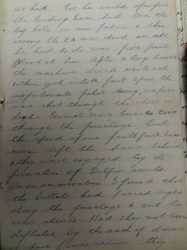 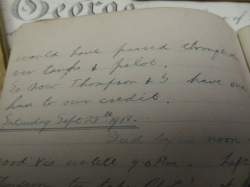 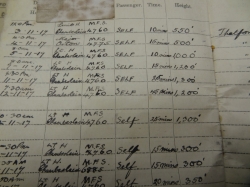 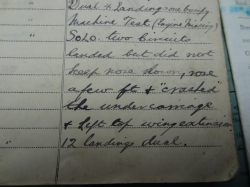 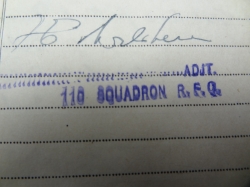 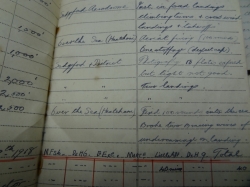 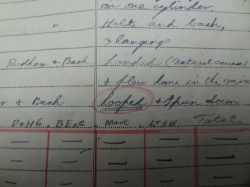 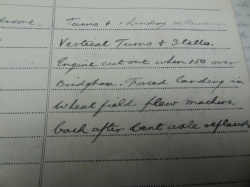 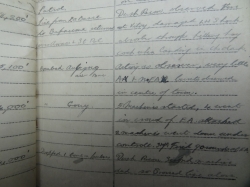 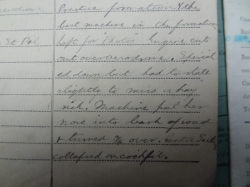 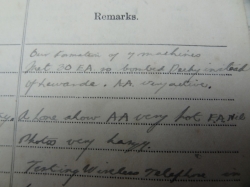 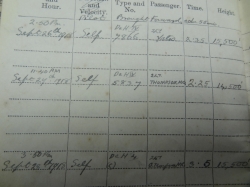 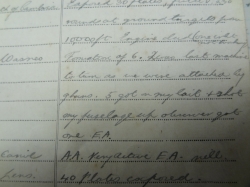 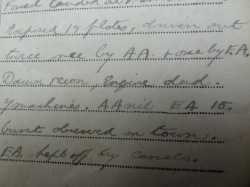 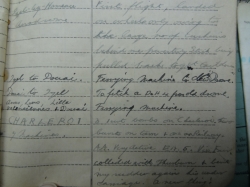 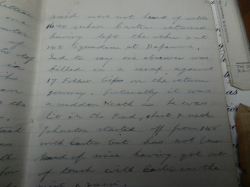 Additional Pilot's notebook with detailed description of each sortie and aerodrome life from 29 Aug 1918 to 19 June 1919 including charting the 27 Sep 1918 victory over a German aircraft scored in the log as: 'Formation of 6. I was last machine to turn as we were attacked 9 huns. 5 got on my tail and shot my fuselage up, observer got one E.A.' Lane's notebook records more fully: "My fuselage was torn to ribbons and 30 inches behind the observer was a hole of about a foot torn out of the fabric. 2/Lt. G. Thompson M.C., my Observer, then told me what a narrow show we had. He could open fire on the leading hun which had torn the big hole in our fabric and then seeing the E.A. was dead on, all he had to do was fire point blank at him. After a long burst, the machine dived vertically and then got in to a fast spin, the unfortunate pilot being, we presume, shot through the chest or head. Several more bursts tore through the fuselage, but the speed of our faithful soon left the huns behind and they were engaged by a formation of Dolphin scouts. On examination I found that the bullets had passed right along the fuselage and cut two cross struts. Had they not been deflected by the rack of drums of spare Lewis rations, they would have passed through both observer & pilot. So now Thompson & I have one hun to our credit." George Frederick Lane was born on 4 Aug 1893 and lived at Burnett Leigh, Cricklade Road, Bishopston, Bristol, serving with the Royal Flying Corps from 31 July 1917 and being posted to 110 Squadron from 27 Nov 1917 and qualifying as a pilot in DH4s and joining 18 Squadron, accounting for a enemy aircraft on 27 Sep 1918: Lieut G F Lane & Lieut G Thompson, 18 Sqn, Fokker DVII out of control Wasnes-au-Bac at 12:40/12:40.