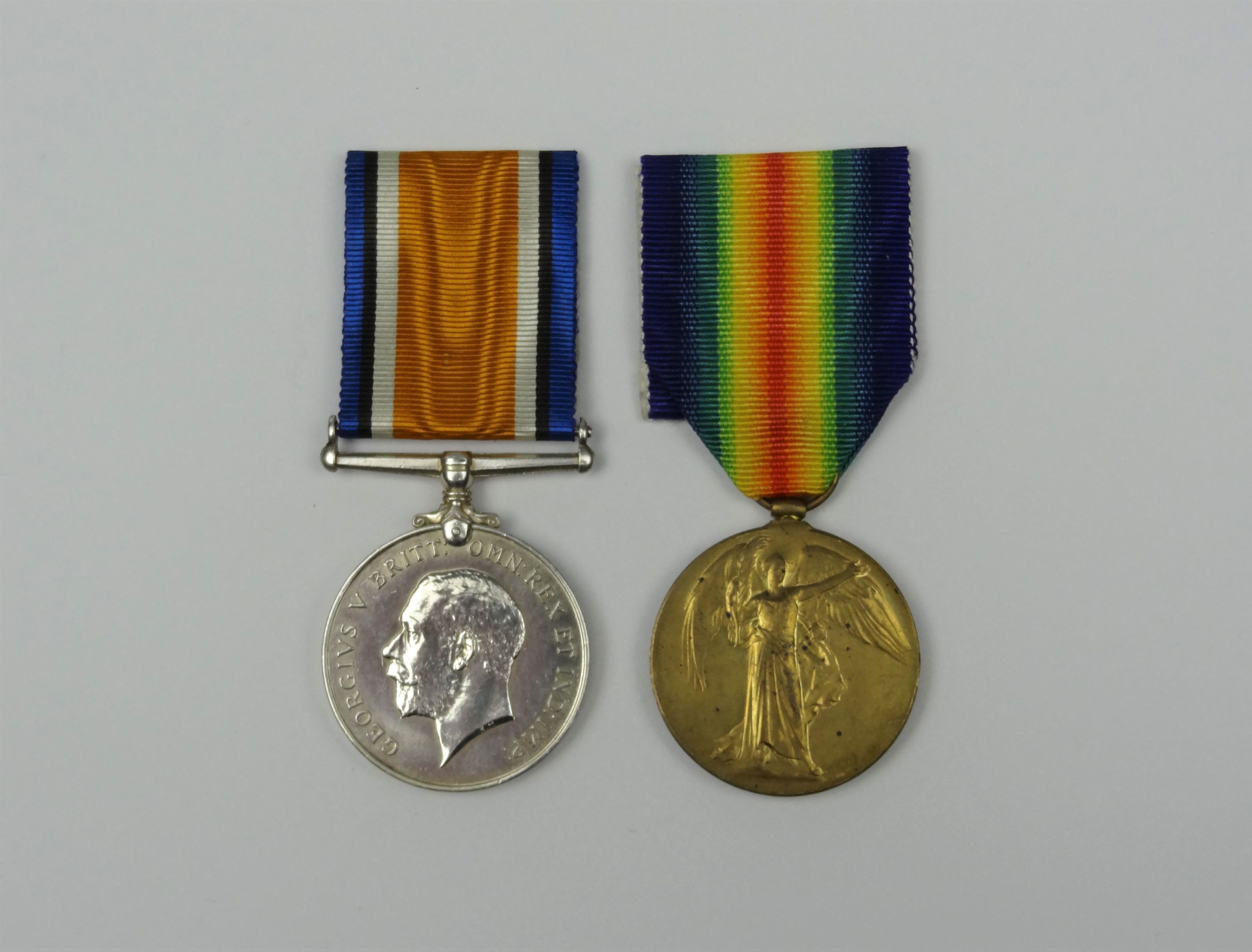 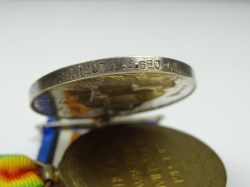 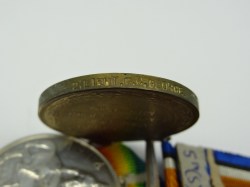 Edwin Charles George was born at 1 Adelaide Square, Bedford on 30 Aug 1889, the son of Samuel George who served as Secretary of the Bedford Borough Education Committee. Educated at the University College Hospital Dental School, George trained at the University of London O.T.C. and attested with the 28th Middlesex Regiment at Aldershot on 15 May 1916, commissioned 2nd Lieutenant with the 5th Battalion (Pioneers) South Wales Borderers on 29 Aug 1917. However, according to confidential papers, George was recorded on an 'inefficiency report' on 4 Feb 1918 by the Major-General commanding the 19th Division:

"I have personally interviewed this Officer and concur in the opinion of his C.O. that he is absolutely inefficient as an officer. He appears to have no power of command either over others or over himself, and gives me the impression of being of a shrinking nature and of lacking vitality. On the other hand he is well-educated and has had business training as an accountant. I recommend that he is relieved of his commission and be not further employed in any capacity as an officer. He might however be of use as a clerk in a Staff of Pay Officer. A copy of this letter has been forwarded to the Officer concerned."

The Colonel commanding the 5th Battalion added: "I forward with much regret the attached letter from 2/Lieutenant E.C. George, asking that he may be relieved of his Commission. This Officer through nervousness is quite unfit for his position or to be trusted in cammnad of any men on Active Service. I therfore recommend that his resignation be accepted and he be reverted to Private. My opinion is formed from my own observation and from that of his Company Commander and brother Officers, who consider him an encumbrance when on dangerous work." George responded, having initialled this letter with:

"I regret to have to inform you that, owing to the very bad state of my nerves, I feel unable to command my platoon under shell fire. Under these circumstances I consider my duty to tender my resignation as a 2nd Lieutenant in the Infantry." George disembarked from Boulogne to Folkstone on 25 Feb 1918 'owing to nervous disabilities, owing to shell shock', in his own terms and applied to enlist with the Royal Army Medical Corps as a Dental Mechanic. The final letter to the Field Marshal and Commander-in-Chief of the British Armies in France on 16 Mar 1918 confirmed the resignation of George's commission and instructed notification in the London Gazette. George was sent to be medically examined at Bedford and then permitted to resume his medical studies at University College Hospital.