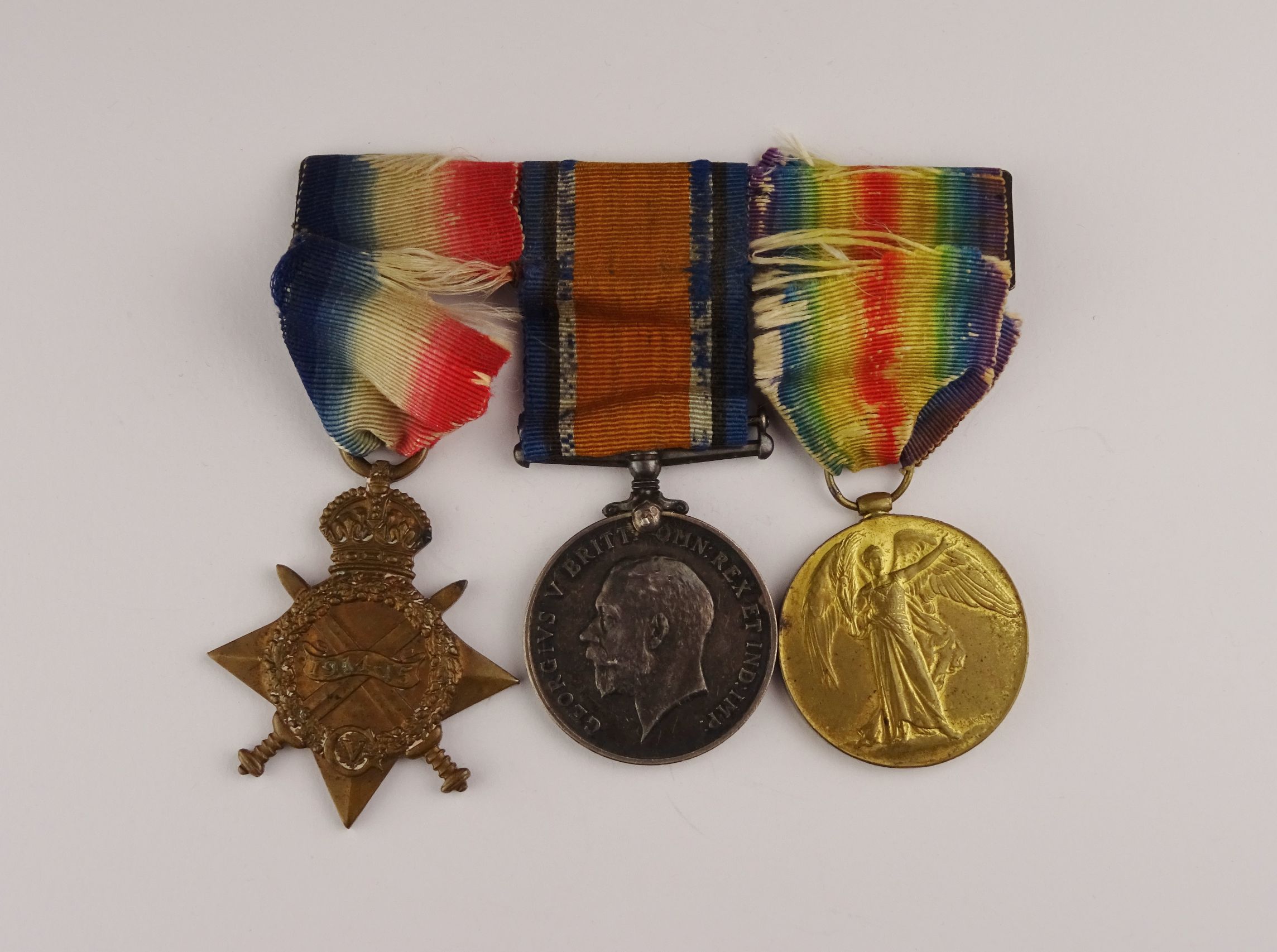 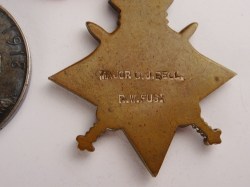 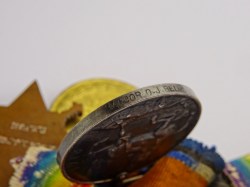 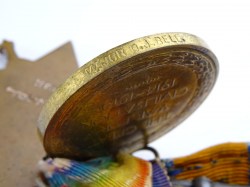 Otto Jospeh Bell was born in 1868 in Hampstead and lived in Llangollen, Denbighshire with his wife, Sybel Ormond Bell, one of three sons of the glass artist, Alfred Bell and Jane Bell (nee Burlison), entering France on 1 Dec 1915. On 11 July 1916, Bell was wounded by 'friendly' fire in an accident that tragically accounted for the Battlion Commanding Officer, Col. Oswald Swift Flower:

'On 10th July the Battalion attacked Mametz Wood. His adjutant described how, despite fainting from exhaustion, Col. Flower was always up with the front line, saying "the boys are going on and I must go with them". They made contact with the other attacking battalions inside the wood and the Colonel spent the night sleeping in a shell-hole. On the 11th they were being held as general reserve, and while Colonel Flower was at Battalion H.Q. on the Central Ride at 3.30pm a British 18 pounder shell, firing short, hit a tree and deflected down, badly wounding Col. Flower, his adjutant and Major Bell, the C.O. Col. Flower died the next day. "

Bell's younger brother, Lieutenant Guy Brayford Bell, served with the Machine Gun Corps and was Killed In Action on 28 Apr 1917. His sons, John Otto Bell-Hughes and Reginald Bell were both killed; John died on 20 Sep 1917 when serving as an officer of the Middlesex Regiment and Reginald was shot, apparently by accident, at Clipstone Camp in 1919.