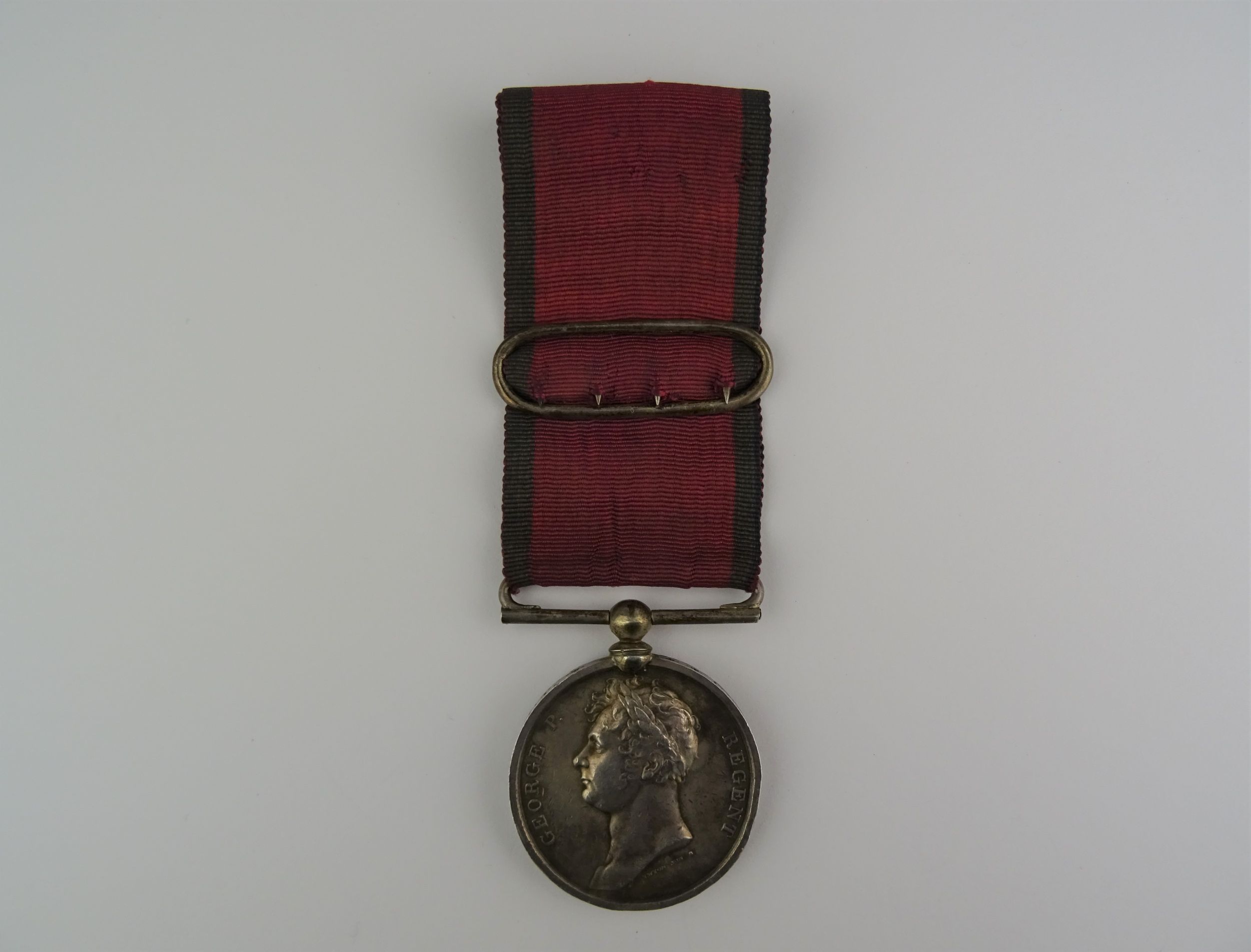 Richard Birt Holmes was born in Antony, Cornwall in 1798 and lived at Devonport, Nenagh, Venice & Dartmoor, appointed Ensign with the 14th (Buckinghamshire) Regiment of Foot on 10 Nov 1814. Holmes served under Captain William Bett in No.5 Company, 3rd Battalion, 14th Foot at the Battle of Waterloo on 18 June 1815. Prior to the battle, it was recorded that Wellington inspected the 3rd Battalion, 14th Foot from the window of his hotel in Brussells and commented to General Lord Hill:

"They are a very pretty little battalion. Tell them they may join the grand division if they wish."

And so, the battalion of 'young bucks' as they were waggishly styled, took part in the 'combat of giants'. During the battle, the battalion were part of General Sir Charles Colville's 4th Division and positioned on the right of the line at the Nivelles-Hougoumont Road and ordered to advance by Captain Orlando Bridgeman, marching in columns out of the ravine and into open ground, amid a shower of shot and shell. They formed a square and Ensign Alfred Cooper, the shortest man in the regiment, was hit standing at the centre of the square. Ensign Keppell seated himself on a drum, and recalled:

"Suddenly my drum capsized and I was thrown prostate, with a feeling of a blow on the right cheek."

The battalion soon received the order to withdraw behind the neighbouring hill, but this positioned them further advanced next to the Brunswick Gerlente Jaeger. Later in the day, a regiment of cuirassiers approached and paused at the sight of the 14th forming square. They diverted right to attack a Brunswick regiment, but were repulsed. Preparing to attack the 14th, the officers rallied their men by highlighting the success of the Brunswickers' defence. A tight formation and series of initial volleys were all it took to deter the cuirassiers. Being posted away from the ridge, the 14th were not attacked by the Imperial Guard, and ended the battle very close to the western side of Hougoumont Farm.