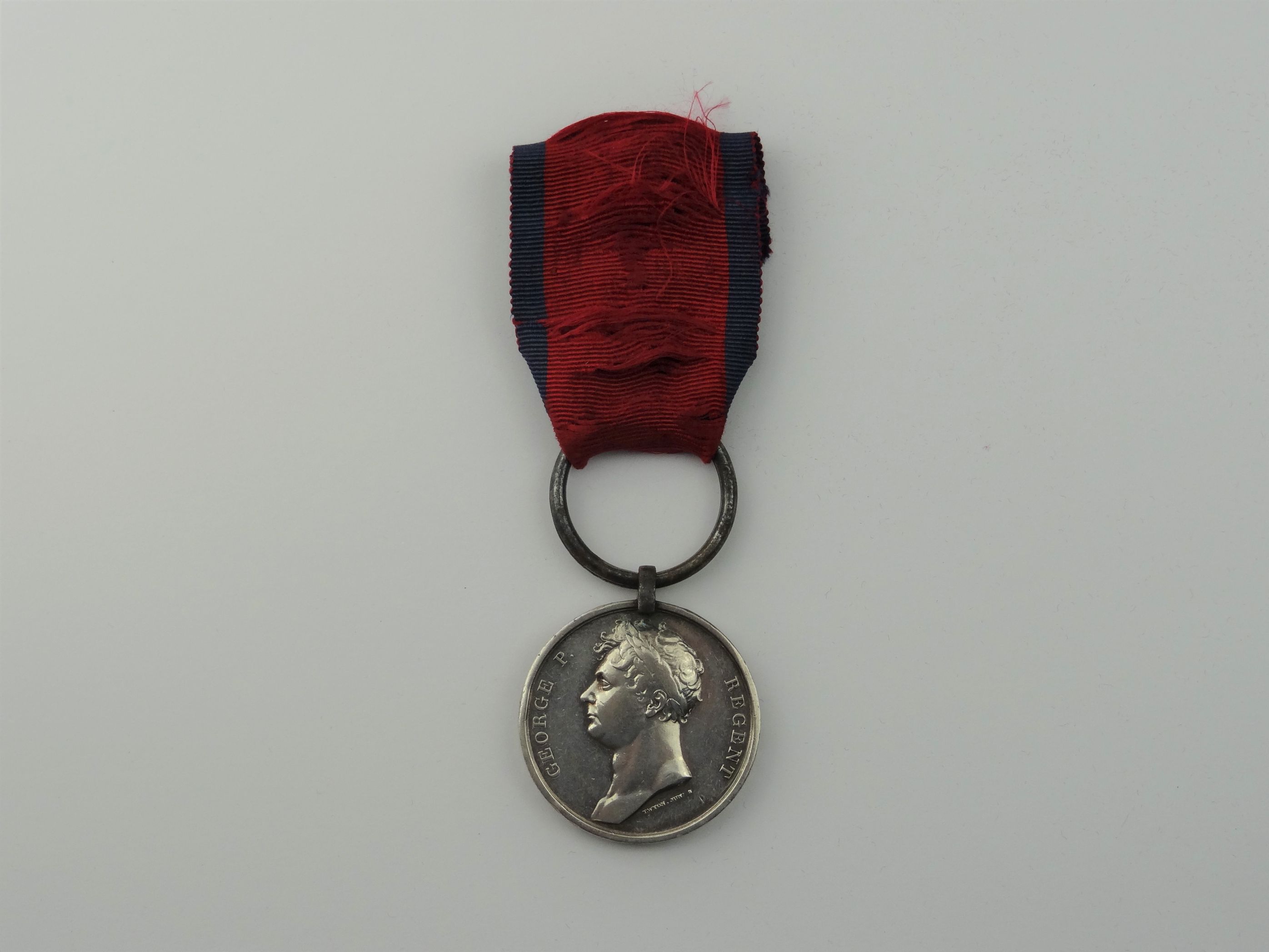 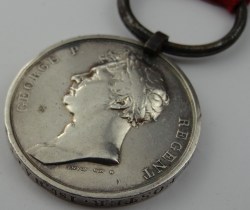 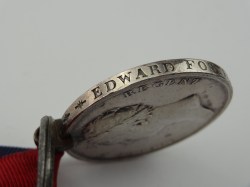 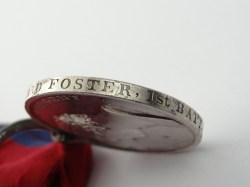 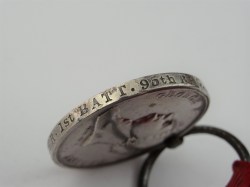 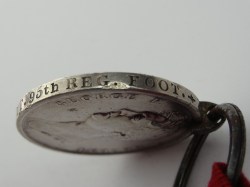 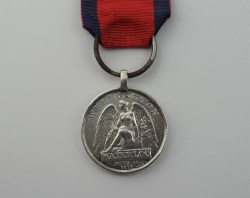 Edward Foster served as a Volunteer in the East Middlesex Militia and enlisted as a Private with the 1st Battalion, 95th Foot on 5 Apr 1814, stationed at Shorncliff Barracks and Dover Heights. During the Battle of Waterloo on 18 June 1815, Foster served in Captain Charles Beckwith's No. 10 Company, stationed behind the second line of hedges at the sunken lane of Ohain Road, close to the farmhouse and orchard of La Haye Sainte. He was certainly wounded, as is recorded as Sick/Absent in Brussels for the remainder of June and all of July. Edward Foster was discharged from service on 10 Feb 1819 and received the Waterloo prize money of £2-11-4d via the agent, Robert Smith.