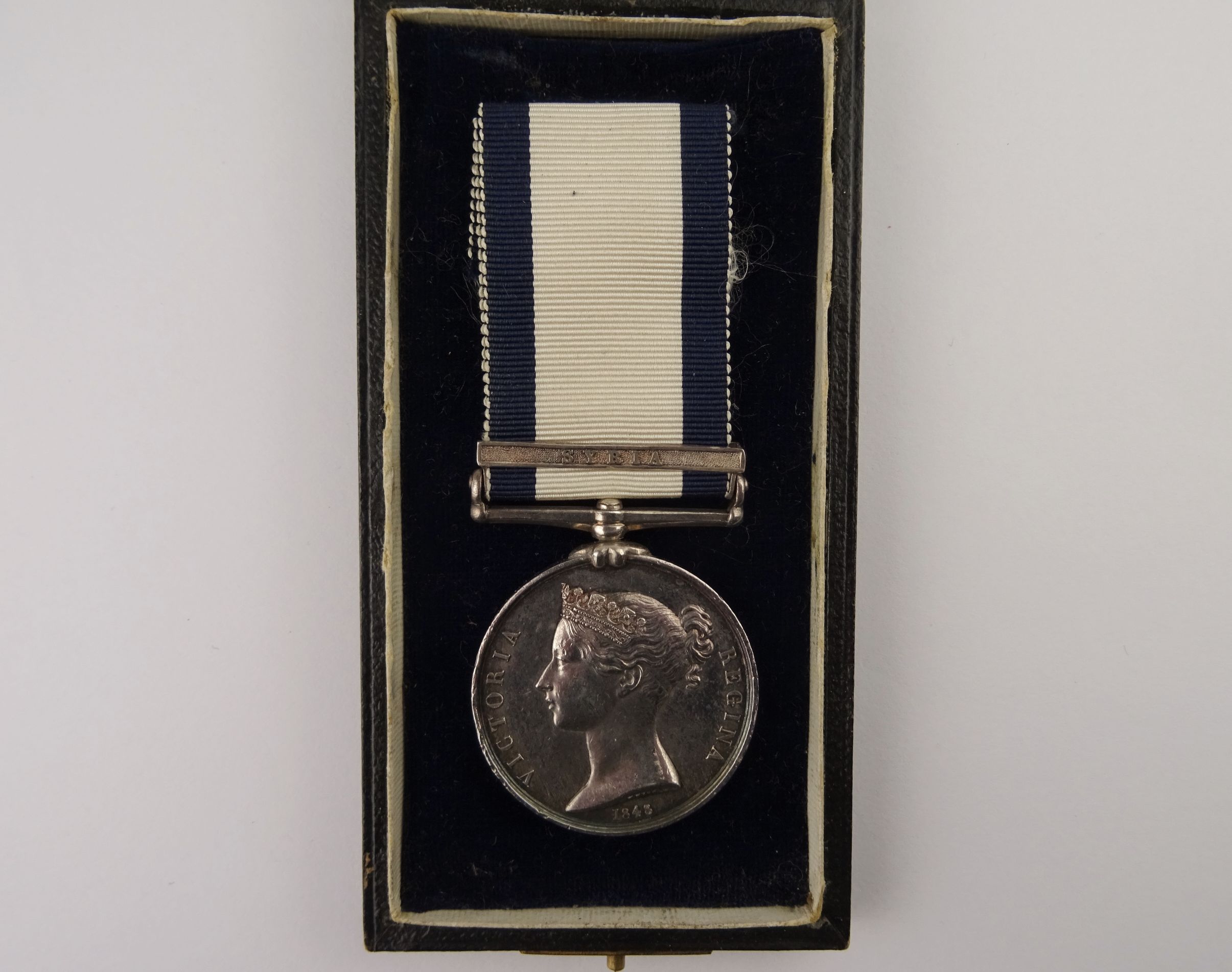 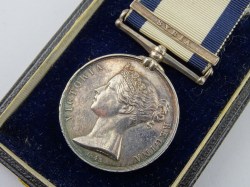 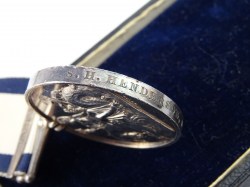 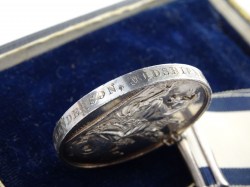 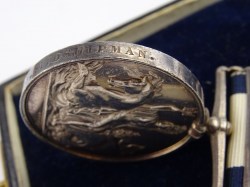 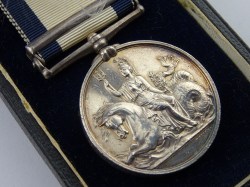 Samuel Hood Henderson born in 1823 in Hasbridge, Ringwood, Hampshire, the son of Lieutenant-Colonel Sir Edmund Yeamans Walcott Henderson K.C.B., an officer in the British Army who was Comptroller-General of Convicts in Western Australia from 1850 to 1863, Home Office Surveyor-General of Prisons from 1863 to 1869, Commissioner of Police of the Metropolis, and head of the London Metropolitan Police from 1869 to 1886. Samuel entered the Royal Navy in 1835 and ws appointed to H.M.S. Edinburgh on the South American Station and advanced to Midshipman Ordinary on 2 Apr 1839. "Edinburgh" proceeded to the Mediterranean and took part in the bombardment of the St. Jean D'Acre fortress of Syria on 3 Nov 1840.