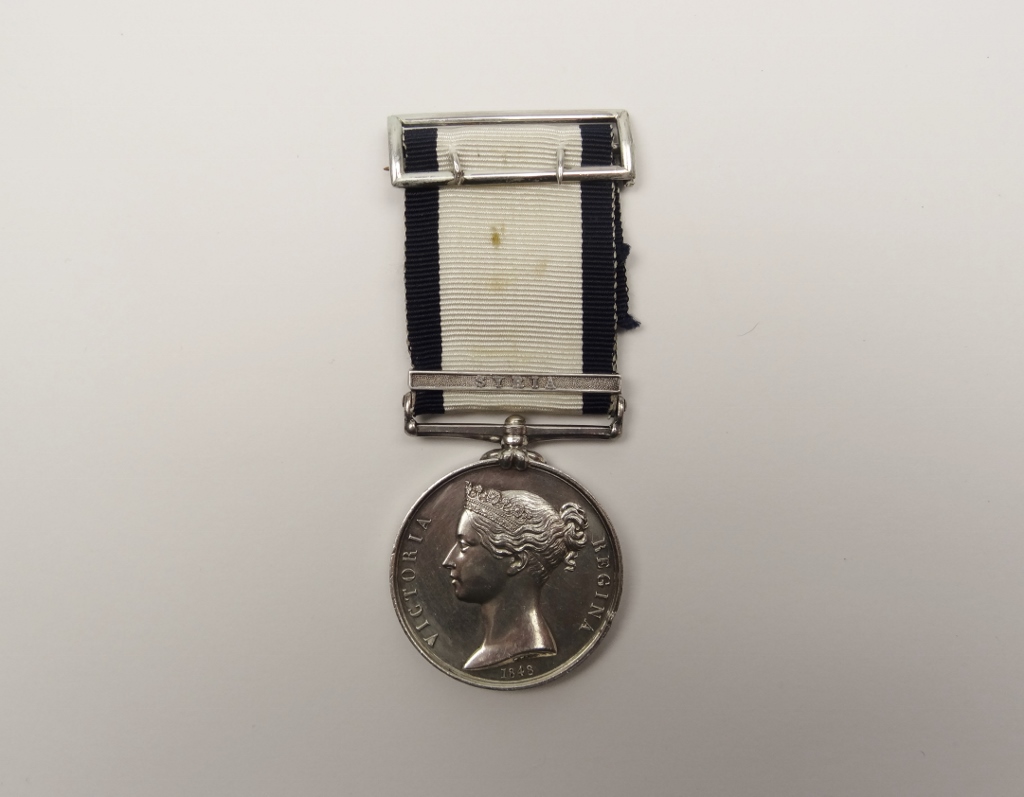 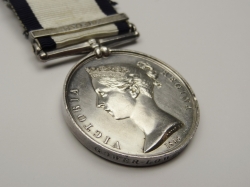 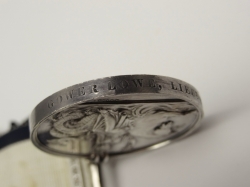 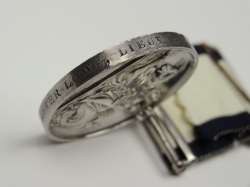 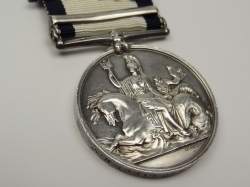 Commander Gower Lowe entered the Royal  Navy 1816 as Volunteer 1st Class on board Larne 20, commanded by his father, Capt. Abraham Lowe. Embarked in 1819 as Midshipman on baord Hind 20 of Capt. Sir George Burrard, and during the next three years was actively employed in the supression of smuggling. Then joining the Ranger and Thynne at Newfoundland, West Indies & Mediterranean, becoming Mate of the Harlequin and appointed Acting First Lieutenant on the Harpy 105, the Slaney 204 and the Rose 18 under Capt Wm. Barrow, with the boats of which sloop under his orders he was twice, as it appears engaged with pirates in the Straights of Malacca. In the Autumn of 1837, with Captain Barrow invalided at the Cape of Good Hope, Lieut. Lowe was sent home in personal command of the Rose. Served 1839, Revenge. 70. For his conduct in, during the operations on the coast of Syria, where he commanded the her boats at the landing of the troops at Gerbail, again had charge of them at the capture of Sidon and served at the capture of St. Jean D'Acre, he was advanced to his current rank by commission dated 4 Nov. 1840 (presumably in consequence of his services in Syria), he continued in the Revenge in discharge of the duties of Second-Captain until paid off in Feb. 1842 and since Nov. 1846, he has been in command of the Resistance 42, troopship.