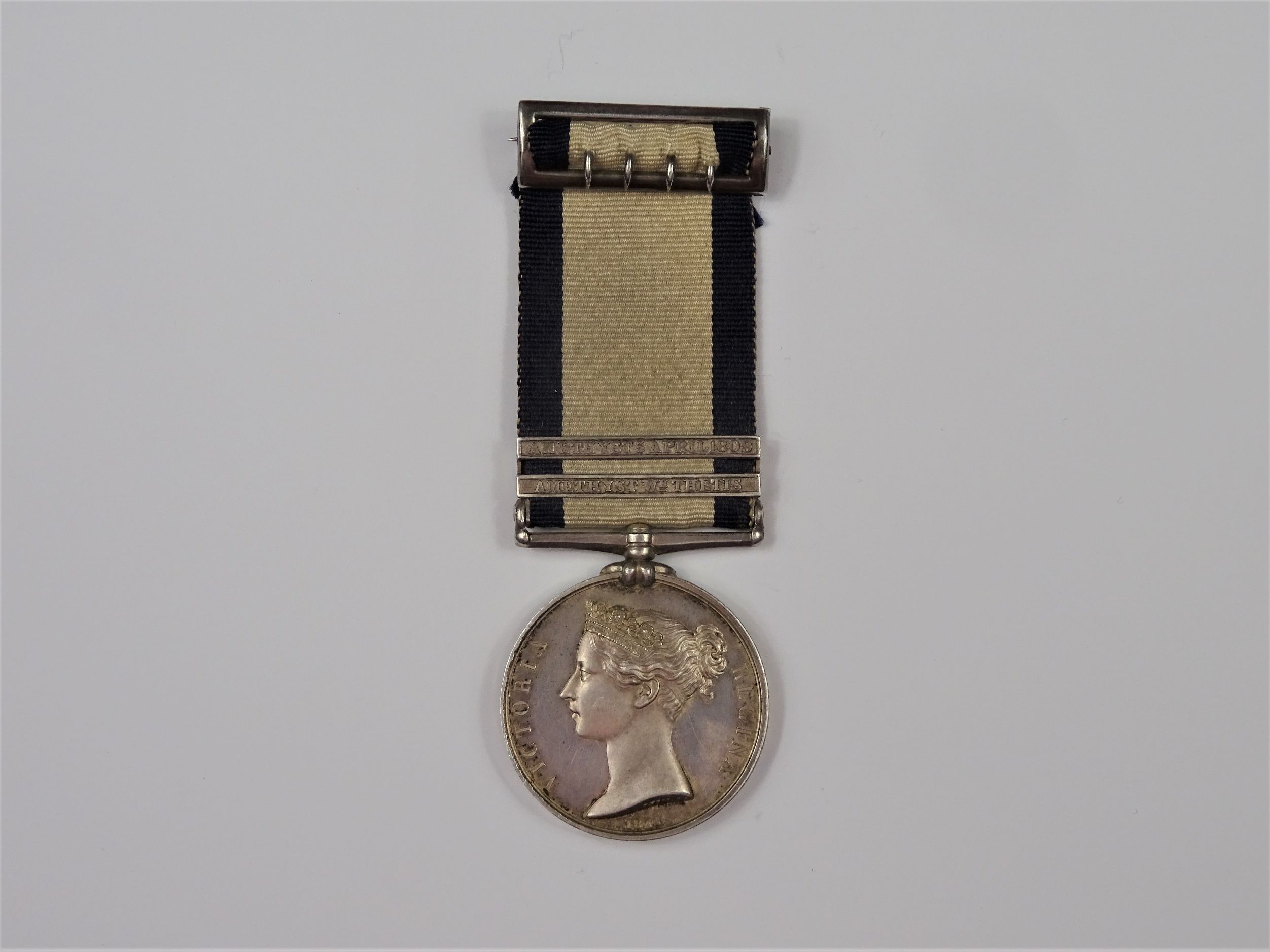 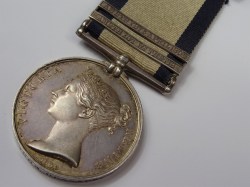 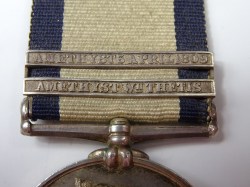 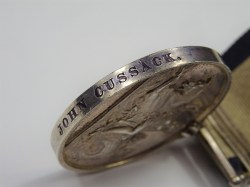 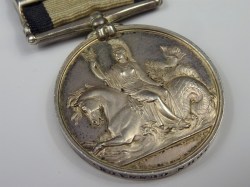 John Cussack was born in Kilchrist, County Clare, Ireland and signed up as a Volunteer aboard H.M.S. Amethyst on 22 Jan 1807 The Amethyst was the 38 gun H.M.S. Amethyst under Captain Micheal Seymour, and Cussack was rated as a Landsman when involved in the capture of the French 40 gun frigate, Thetis, off Ile de Groix, Lorient on 10 Nov 1808. The naval engagement lasted approximately one hour, as the Thetis had made a determined but unsuccessful attempt to board Amethyst. Captain Seymour had ordered a sustained barrage of fire which had inflicted heavy casualties and shot away Thetis' mizzen mast and severely damaged her others. Dismasted, the Thetis was boarded by crew of the Amethyst and captured her, to find she was taking in water with 3 and a half feet flooding her hold. Over 130 Frenchmen were killed including the Captain, together with over 100 wounded. The Amethyst lost 18 men with 51 wounded. Captain Michael Seymour was awarded a Small Naval Gold Medal for this action and received a Knighthood and a 100 guinea sword. Cussack went on to serve as the same rate in the Amethyst during the chase and capture of the French 40-gun frigate Niemen in the Bay of Biscay on 5 Apr 1809. After a day-long chase, the two vessels finally engaged in the early hours of the morning. After a close-fought action lasting nearly 3 hours, both ships ceased fire having been seriously damaged. A short time later H.M.S. Arethusa arrived and took surrender of the Niemen; the French vessel was taken in to the Royal Navy under the same name. Captain Seymour was created a Baronet for this service. John Cussack, himself, entered Greenwich Hospital due to the loss of his right leg in service. Provenance: Spink 1985.