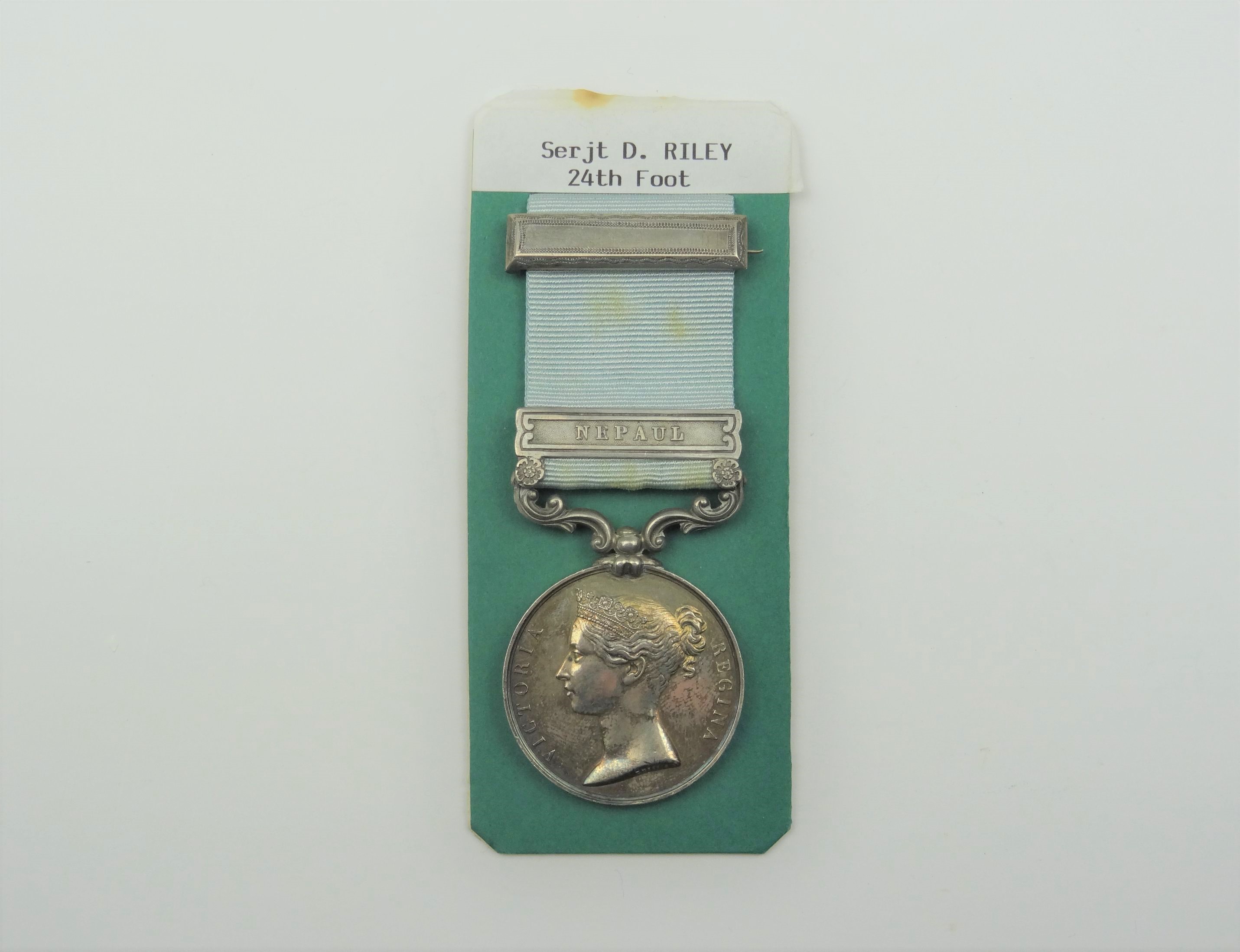 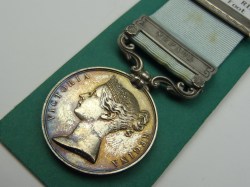 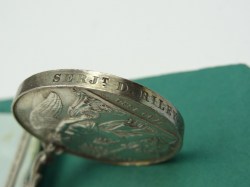 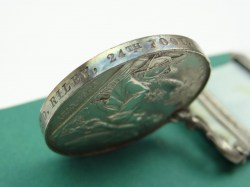 Daniel Riley was born in Birmingham on 1 Apr 1789 and enlisted as a Private in the 24th Foot on 25 Aug 1807, promoted to the rank of Sergeant in Sep 1808 and posted to with the 1st Battalion to the Cape of Good Hope. In June 1810, his battalion was embarked aboard the troop ship Ceylon for a passage to India, in company with the Euphrates, Astell, William Pitt and Windham. Not far from the Cape, Euphrates struck a rock and had to return to port. A few days later, William Pitt parted company, leaving the three ships to pass through the Mozambique Channel. On 3 July, as they approached the northern tip of Madagascar, three unfamiliar sails were sighted to the north-east. The strange vessels were French and approaching at speed to attack. The men of the 24th manned the guns, but were overwhelmed by the faster French frigates. After 2 hours of engagement, the Ceylon and the Windham were completely disabled and struck their colours. The Astell, depsite extensive damage to her masts, rigging and sails, made her escape and reached Madras on 1 Aug. 11 officers and 375 other ranks, including Sergeant Daniel Riley, became prisoners of war and were held at Mauritius until the island was reduced by a force of 10,000 sent for that purpose at the end of Nov 1810.

In Mar 1811, these unfortunate men of the 24th rejoined the battalion at Fort William and participated in the Nepaul campaign of 1814-1815 under Major-Generals Marley and Wood. Sergeant Riley had been appointed Regimental Schoolmaster in Dec 1813, and remained in the East Indies until July 1823, becoming Quarter-Master Sergeant in Aug 1822 and R.S.M. in Nov 1822. Riley was commissioned as an Ensign in the 24th Foot in Jan 1825 and became Adjutant two months later, promoted to Lieutenant at the end of the same year. Riley retired on full pay of the 24th Regiment as Captain and Brevet Major in 1848 and was finally made Lieutenant Colonel on 28 Nov 1854. He died in Southsea at the age of 84 years on 31 Oct 1873.