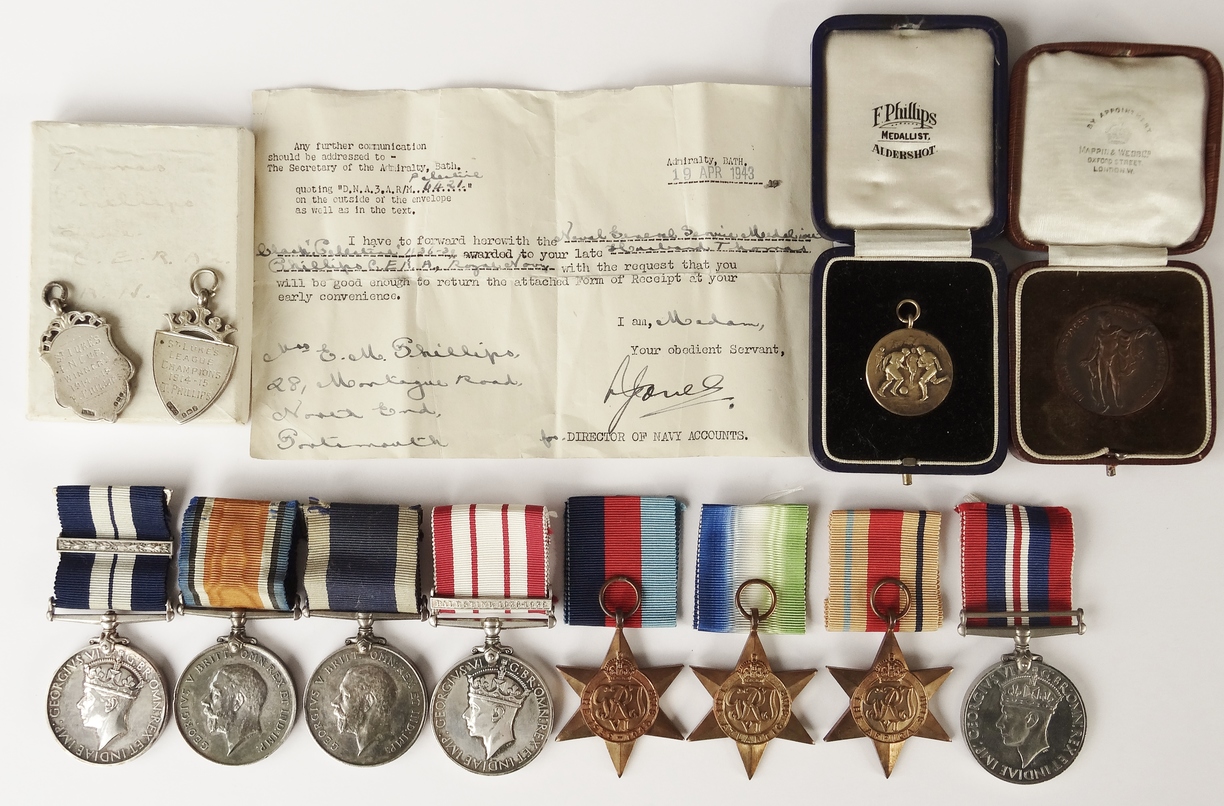 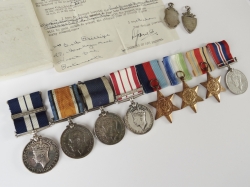 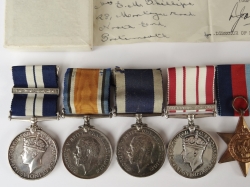 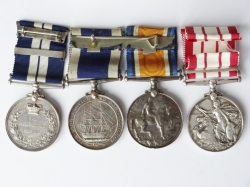 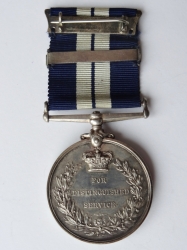 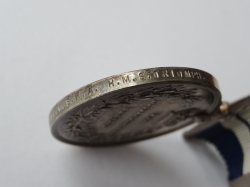 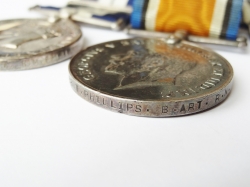 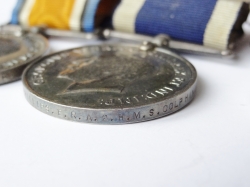 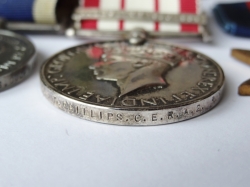 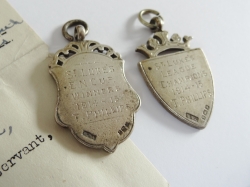 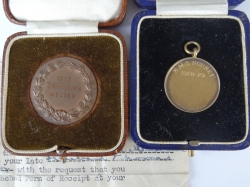 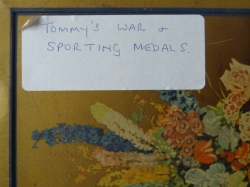 Thomas Phillips was born in Portsmouth on 6 Jan 1902, the son of Thomas and Lucy Phillips and husband of Ethel Mary Phillips, of Ringwood, Hampshire. He served as a Boy Artificer, aged 15, at HMS Fisgard Shore Establishment from 28 July 1917, qualifying for his single WWI War Medal entitlement. He embarked on his remarkable adult career as Engine Room Artificer 5th Class from 1 Jan 1922 and worked his way through promotions to HMS Dolphin Submarine Base on 8 Dec 1928. On the outbreak of WWII Phillips was serving as Chief Engine Room Artificer and awarded the Distinguished Service Medal, Gazetted 20 Jan 1942: "For courage, skill and resolution in successful Submarine patrols, H.M.S. Triumph." His Bar to the Distinguished Service Medal was awarded posthumously and Gazetted 5 May 1942: "For daring, enterprise and devotion to duty in successful patrols in H.M. Submarines." On 26th December 1941, HMS Triumph had sailed from Alexandria for a cloak and dagger landing near Athens. She was transporting an S.O.E. Agent, Lieut. George Atkinson, who was to liberate 18 Allied soldiers being held prisoner by the Italians. She reported the successful landing on the 30 Dec before patrolling The Aegean. However, she failed to rendezvous back there on 9 Jan 1942, as planned, blowing the escapees cover, who were all arrested, including Lt. Atkinson who was charged with espionage and shot. HMS Triumph was presumed mined off the island of Milo, southeast of the greek mainland, with all hands lost. However, her wrecksite has never been found, leading to a 2016 campaign to find her wreck in Greek waters.