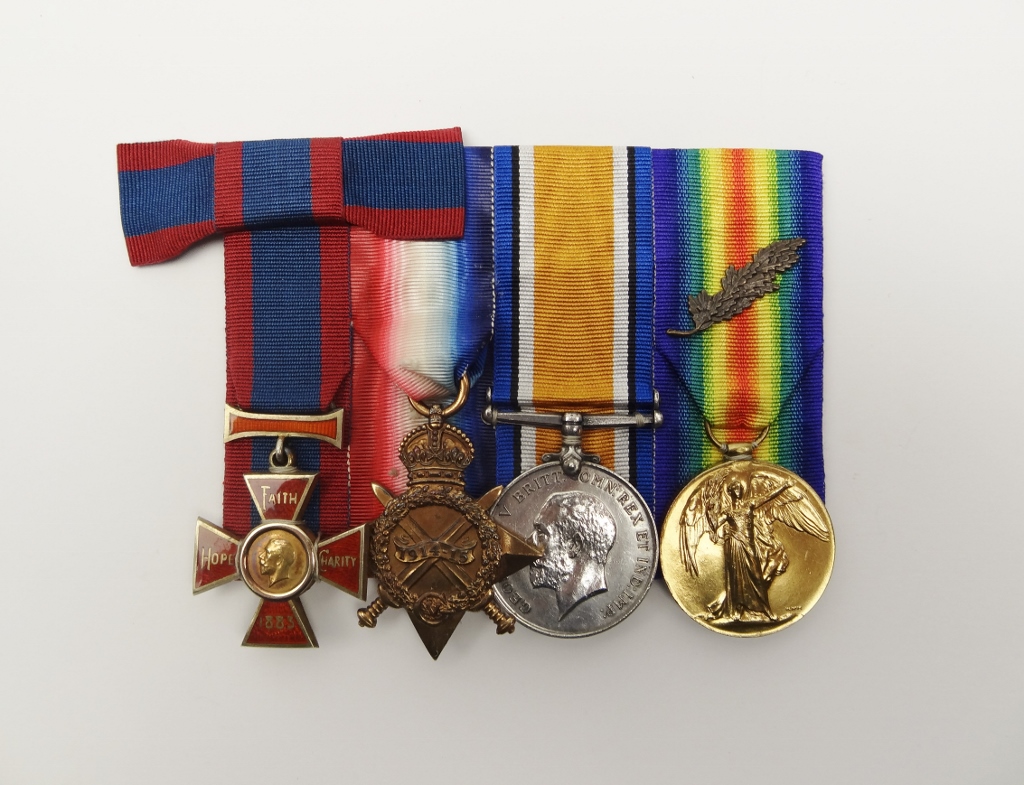 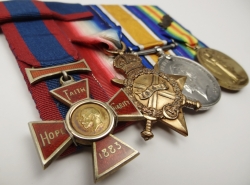 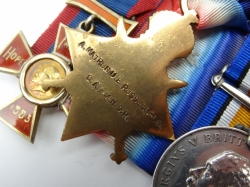 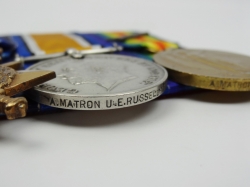 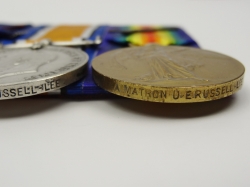 "Whilst Sister-in-Charge of 57 Casualty Clearing Station in recognition of valuable services with the Armies in France and Flanders."

"For valuable services with the Armies in France and Flanders."

Una Elizabeth Russell-Lee was born on 23 Oct 1874 in Knotty Ash, Liverpool, the daughter of William Julius Lee, a Ship Broker and his wife, Elzabeth. Living at 61 Boswell St., Toxteth Park, Liverpool, Russell-Lee trained as a nurse at Birkenhead Borough Hospital between June 1905 and June 1908. Employed in private nursing from 1908 to 1911 by Miss Morgan of Shrewsbury Nursing Institution, she was then employed as Matron of St. George's Accident Hospital, Shropshire from 1911 to 1915 as Night Superintendent. Applying to serve in Queen Alexandra's Military Nursing Service Reserve on 26 Jan 1915, Russell-Lee signed her agreement to serve at home and overseas on 1 Apr 1915, recording her address as 52 Walsey Road, Blackpool. Appointed to No.9 General Hospital at Rouen at 15 Apr 1915 as Nursing Sister, The Officer Commanding noted she was "tactful, even tempered and level headed", employed as Divisional Medical Sister and Night Sister from 3 Jan 1916 to 4 Mar 1916. Continuing to serve at No.9 General Hospital as Wards and Home Sister, leaving France to be appointed Acting Matron to the Hospital Ship "Princess Elizabeth" from 30 Dec 1916 to 23 Apr 1917, when she was appointed to No.7 General Hospital. Appointed to Barge 109 Ambulance Cot on 26 July 1917, No.6 Casualty Clearing Station 9 Oct 1917, No.13 General Hospital and No.12 Stationary Hospital 31 Dec 1917. Finally appointed Sister-in-Charge of No.57 Casualty Clearing Station 1 Jan 1918 to 5 May 1919, her Commanding Officer wrote: 'Her qualifications for the post were entirely satisfactory and her capability of a high order. Her disciplinary powers were good, her conduct excellent. Her influence over the Sisters that worked under her was entirely for their welfare and they always gave their willing obedience.'