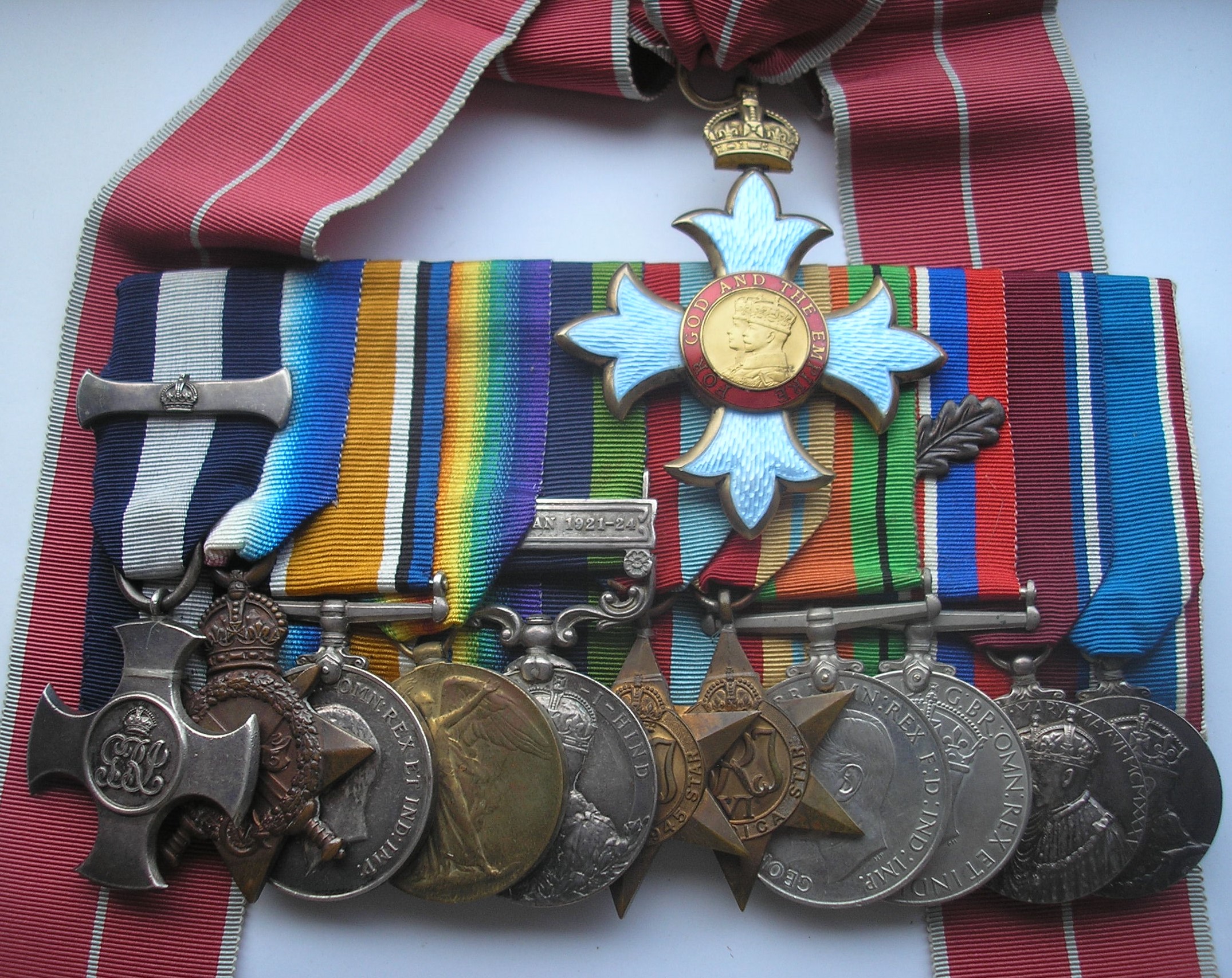 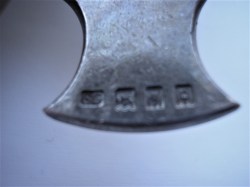 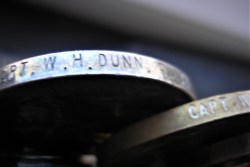 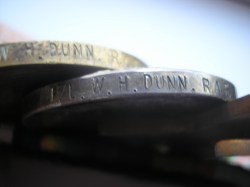 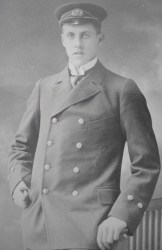 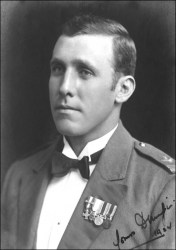 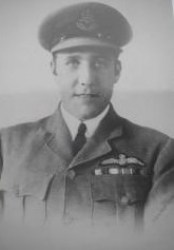 "In recognition of his services whilst employed in connection with military operations in East Africa. He did splendid work during the operations in the Lindi area and carried out valuable bombing and reconnaissance flights."

Bar to D.S.C. Gazetted 17 May 1918:
"For conspicuous courage and skill in carrying out an extraordinary amount of flying, both in sea and land planes. He is invariably cheerful and ready when called on for work."

Wilfrid Henry Dunn was born in Sep 1893 and qualified as a Third Officer in the British India Company prior to the outbreak of hostilties in August 1914. Appointed a Probationary Flight Sub. Lieutenant in the Royal Naval Air Service in January 1915, he qualified for his “Wings” that March (Certificate No. 1106) and served as a Pilot on H.M.S. Empress, where he experienced engine failure and had to force land on sands at Bembridge, Isle of Wight and stranded in his Farman Seaplane on 4 July 1915. Then posted to the the Mesopotamia theatre of war in Sep 1915, Dunn was quickly employed in operations to relieve the garrison at Kut. In April 1916 alone, a hard-pressed force comprising four B.E. 2Cs, two Naval Farmans and three Short Seaplanes, dropped around 19,000 pounds of food in a two week period, a feat only made possible by carrying out a total of 140 flights - Lewis guns and ammunition were left behind, medical supplies and food being stowed in their place, a constant worry for the likes of Dunn, for German aircraft did their best to interfere as he and his fellow pilots enacted the first ever attempt to keep troops supplied by air. His ‘conspicuous courage’ was duly recognised by the award of a Bar to his D.S.C.

Later in the year, he transferred to the East Africa theatre of operations, an aerodrome having been established at Lindi for co-operation with the Army, but until some Voisin aircraft at Zanzibar could be resurrected, a single seaplane operated out of the local harbour, putting in a useful number of reconnaissance and bombing sorties. The official record of No. 8 Seaplane Squadron (R.N.A.S.) continues:

"Two Voisin machines arrived at Lundi about the middle of June and proceeded to carry out an extensive series of photographic flights from the results of which the first accurate maps of this part of the country were made. Lindi was a difficult place to work from, being unhealthy with a by no means satisfactory aerodrome, but the work put in here by Flight Lieutenants Dunn, Deans, Delamere and FitzHerbert was very valuable. In August, the enemy who were still in the vicinity were forced to retire by our troops supported by a preliminary bombardment from the two Monitors, who by flooding their ballast tanks had managed to get the necessary elevation, while the R.N.A.S. carried out the spotting...Lindi aerodrome was abandoned on 12 October and a move made to Mtwa from where the machines co-operated with the troops over a three day engagement in driving the enemy out of a very strongly fortified position in the neighbourhood of Makiwa. This engagement was the heaviest of the campaign, and after the enemy had been forced to continue their retreat, the R.N.A.S. machines were employed in low flying in search of water holes for the supply of our troops."

Having then moved to Zanzibar, the R.N.A.S. detachment finally returned to the U.K. in January 1918, although Dunn and another pilot were left behind ‘in case of eventualities’. From here, and having been advanced to Flight Commander back in June 1917, he joined No. 67 Wing in the Adriatic, and was appointed a Flight Lieutenant in the newly established Royal Air Force in April 1918. He next joined the Aircraft Depot, India Group in December 1919, and went on to witness further active service in the Waziristan operations of 1921-24, while in the early 1930s he commanded the Fleet Air Arm element in the aircraft carrier Glorious. He was advanced to Group Captain in July 1938.

During the 1939-45 War, after being awarded the C.B.E. for his services as A.O.C. No. 81 Operational Training Group, Fighter Command, Dunn became S.A.S.O., Air Defences, Eastern Mediterranean, setting up his H.Q. in Cyprus - Group Captain Max Aitken was attached to his staff to oversee fighter operations. Finally, in March 1944, he was appointed A.O.C. No. 210 Group, Mediterranean Allied Coastal Air Force, and following which he was placed on the Retired List as an Air Commodore.