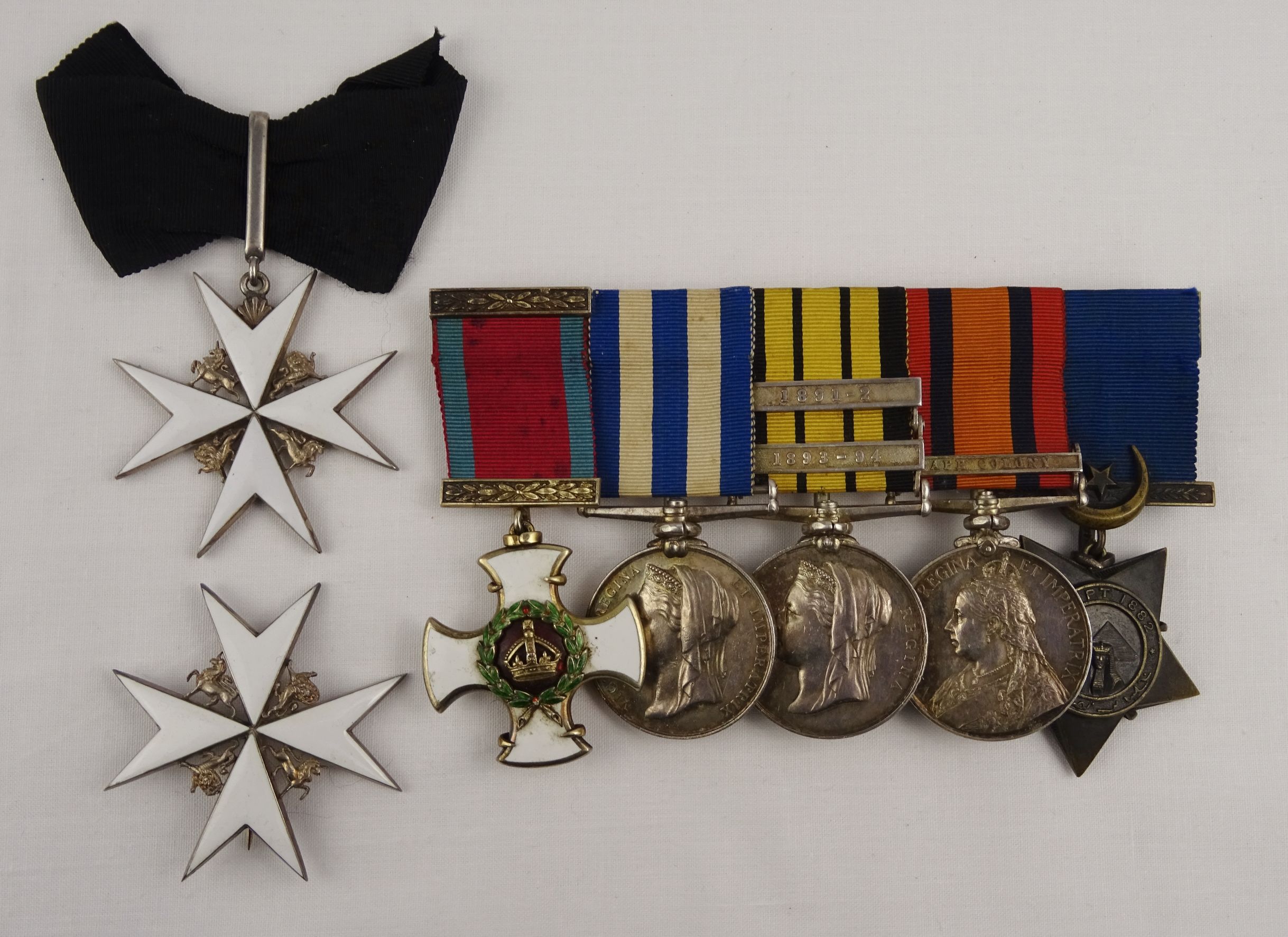 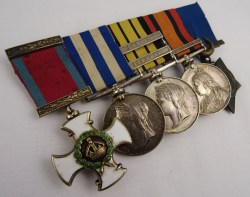 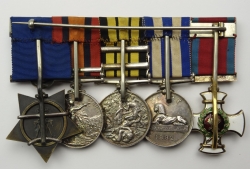 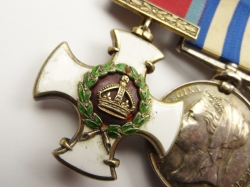 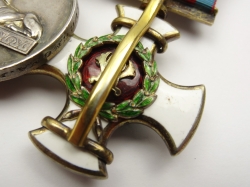 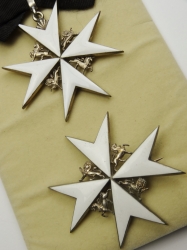 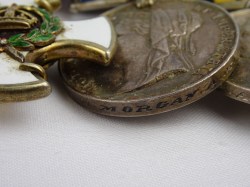 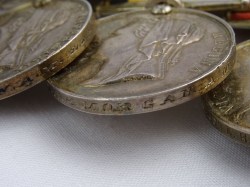 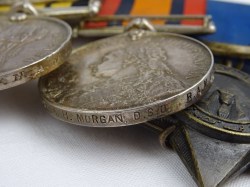 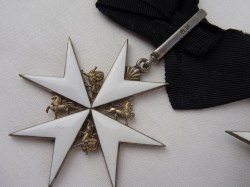 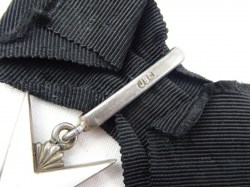 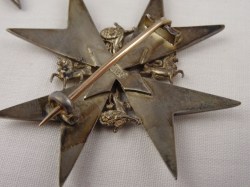 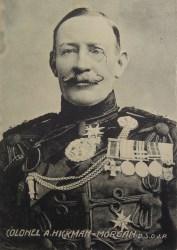 Colonel Anthony Hickman Morgan was born in Dublin on the 29th June 1858, he was the son of the late Captain Anthony Morgan of the 95th Foot. He was educated in Dublin where he took the L.R.C.S.I. and L.K.Q.C.P. in 1880. He entered the Army as a Surgeon on the 5th February 1881. He served in the Egyptian campaign in 1882, and served in the Expedition against the native chief, Fodey Kabba, 1891-92. Then again on the West Coast of Africa, 1893-94, and in the operations against the Sofas. In 1894 he was again on active service in Gambia in the expedition against the native chief, Fodey Silah where he was mentioned in Despatches and created a Companion of the Distinguished Service Order. He retired on the 12th February 1896. On the 7th July 1897 he was appointed Major and honorary Lieutenant-Colonel of the 17th (Volunteer) Battalion of the Rifle Brigade. He served aboard the hospital ship Princess of Wales in South Africa, 1889-1900 as Officer Commanding troops and P.M.O. where he was again mentioned in despatches. In 1904 he served as High Sheriff of County Cork and in the same year became a Knight of Grace of the Order of St.John of Jerusalem. In 1906 he unsuccessfully contested the Isle of Wight as Conservative canditate. He was additionally a J.P. and D.L. for County Cork an F.R.G.S. and F.Z.S., and was a member of the Iron and Steel Institute. He died at Cowes, Isle of Wight on the 29th September 1924, aged 66. The London Gazette of the 27th February 1894 had a detailed report of the expedition against the Sofas where he was mentioned as follows: "Surgeon-Major A.H.Morgan, A.M.S., was Senior Medical Officer to the expedition, and, owing to the miscarriage of a letter sent to the Medical Officer at Kommendi, was in sole charge of the wounded from December 19 to January 7. The difficulties in transporting the wounded in hammocks over a country such as the expedition traversed, and where the cutlass was constantly required to cut a way, seemed to me at times almost insurmountable, and that the expedition was not greatly delayed was entirely due to Surgeon-Major Morgan's great personal energy".