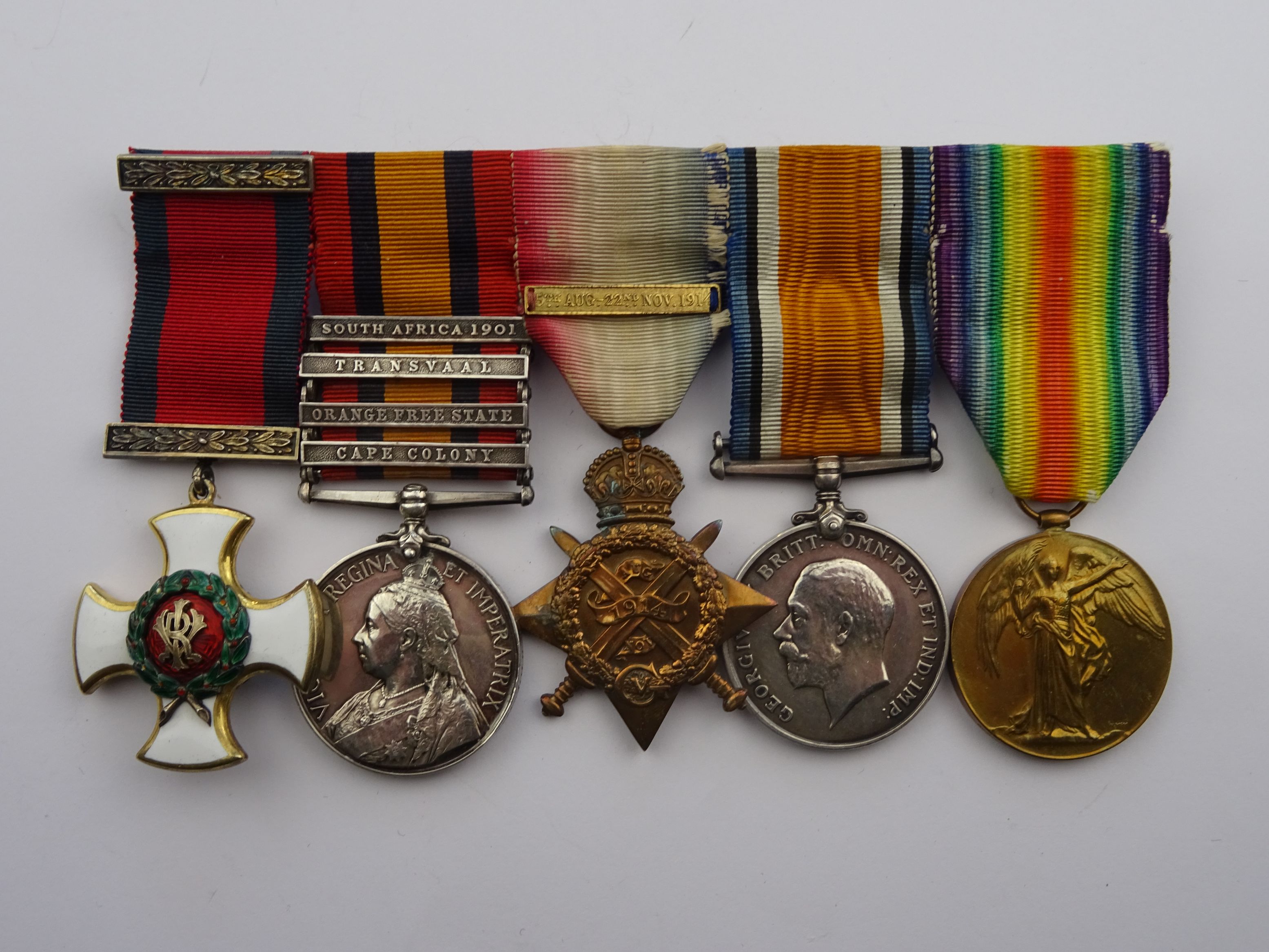 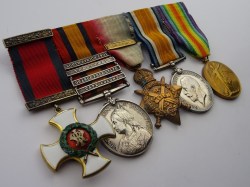 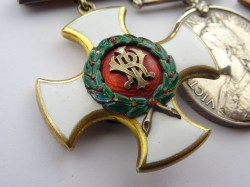 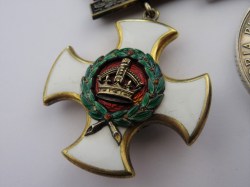 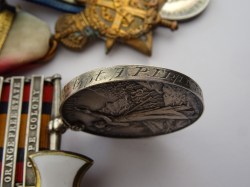 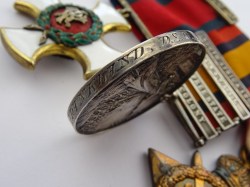 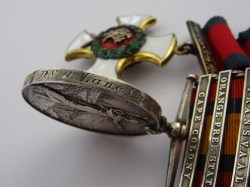 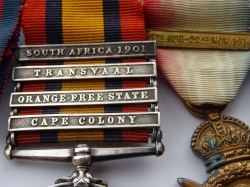 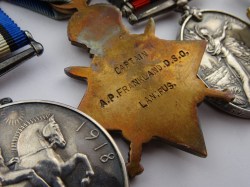 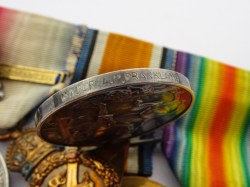 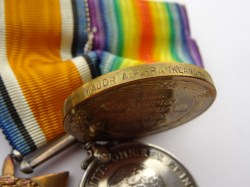 Arthur Pelham Frankland was born in Dover in Dec 1874, the son of Lieutenant-Colonel Sir William Frankland, Bt., of Thirkelby, and Lucy Ducarel, eldest daughter of Francis Adams, of Clifton. Educated at Oxford Military College and the R.M.C. Sandhurst, Frankland was commissioned 2nd Lieutenant in the Suffolk Regiment in Sep 1895, and saw extensive action in the Boer War, initially with the 1st Battalion and attached to General Button’s and Bethune’s Columns. And it was in the latter capacity that he was mentioned in despatches and awarded the D.S.O., further details of the relevant action appearing in a Cheltenham newspaper report:

“West of the railway General Knox’s column had made an even smaller haul of prisoners in sweeping that part of the colony, securing only 24 while himself had 17 casualties. Most of them were inflicted in a brush with a small commando under Brand to the south of Petrusburg, where a convoy was attacked. The convoy was under the command of Lieutenant Frankland of the Suffolk Regiment and, says Colonel Bethune in his despatch, ‘the extremely good dispositions made by him and his pluck and coolness saved the convoy.’ The gallant young officer was shortly afterwards awarded his D.S.O. for his services on this occasion.”

Invested with his D.S.O. by H.M. King Edward VII in July 1901, he was specially promoted to Captain in the Lancashire Fusiliers in October of the same year and was placed on the Reserve of Officers in the summer of 1906.

Recalled on the outbreak of WWI hostilities, Frankland was appointed a Temporary Major in the 2nd Battalion, Lancashire Fusiliers, but was posted to France in Sep 1914 as a Railway Transport Officer. He remained similarly employed until being appointed D.A.Q.M.G in Nov 1916 and, later still, was attached to the Royal Flying Corps and Royal Air Force on the home establishment. Placed back on the Reserve of Officers in the rank of Major at the end of the war, Frankland died in Petersfield, Hampshire in January 1948.