THE WWI MEDALS & MEMORIALS TO THE FIVE LUCK BROTHERS, THREE OF WHOM WERE KILLED IN ACTION 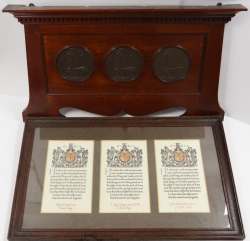 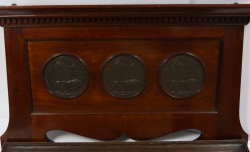 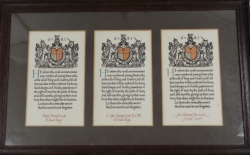 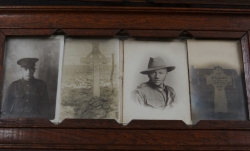 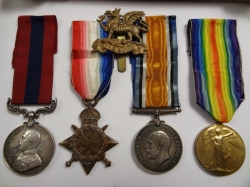 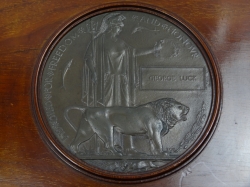 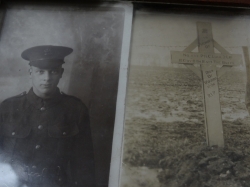 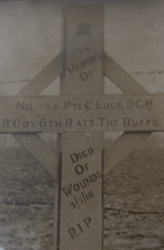 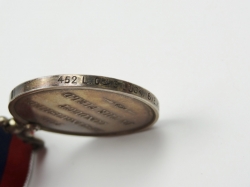 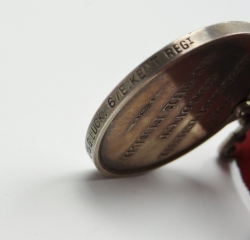 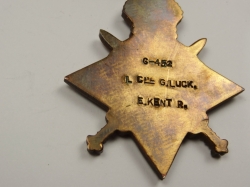 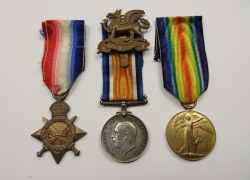 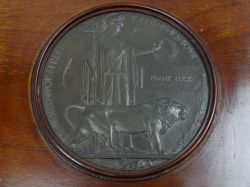 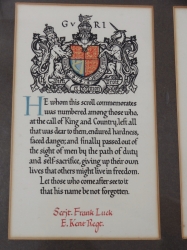 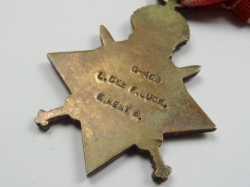 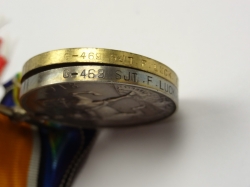 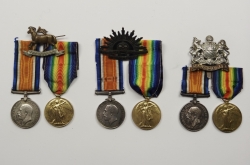 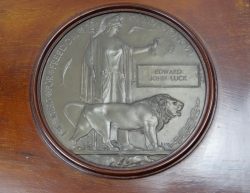 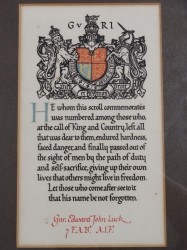 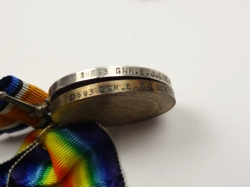 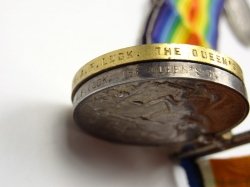 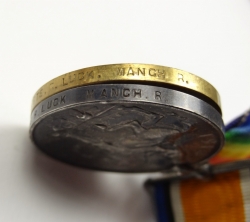 George Luck was born in Westgate-on-Sea, the son of Edward John and Caroline Luck and lived at 6 Essex Road with his brothers and one sister. Employed as a Writer & Grainer by Messrs. Lockwood & Co., he enlisted with The Buffs in August 1914. The award of his D.C.M. was Gazetted on 11 Mar 1916:

"For gallant conduct in preparing bombs under heavy shell fire, and continuing his work after the bomb store had been hit and blown in." Serving with 'B' Company, George Died of Wounds received on The Somme on 3 July 1916, aged 27. He is buried in the Millencourt Communal Cemetery Extension.

Frank Luck was also born in Westgate-on-Sea and lived at Essex Road, working as a Builder's Clerk by Messrs. Lockwood & Co. before enlisting with The Buffs. He was killed in action on the 7 October 1916. He is commemorated on the Thiepval Memorial.

Edward John Luck was also born at Westgate-on-Sea and died on the 9 Oct 1917, serving with the 7th Brigade Australian Field Artillery. He is buried in the Lijssenthoek Military Cemetery.

Albert Luck was the eldest brother and served with The Queen's Regiment, entitled to the pair of War & Victory Medals, as was the youngest of the 5 brothers, Reginald Luck, who served with the Manchester Regiment before transferring to the Royal Army Service Corps.