Back to: Other / Civvy Service

The historic Liverpool Shipwreck Medal to Miss Dorothy Kelk, S.S. "Arabic" for gallant service 19th Aug 1915. A young lady of just 21 years of age, Dorothy Kelk risked her life by giving up her place on a life boat before diving into the water for a hazardous rescue. 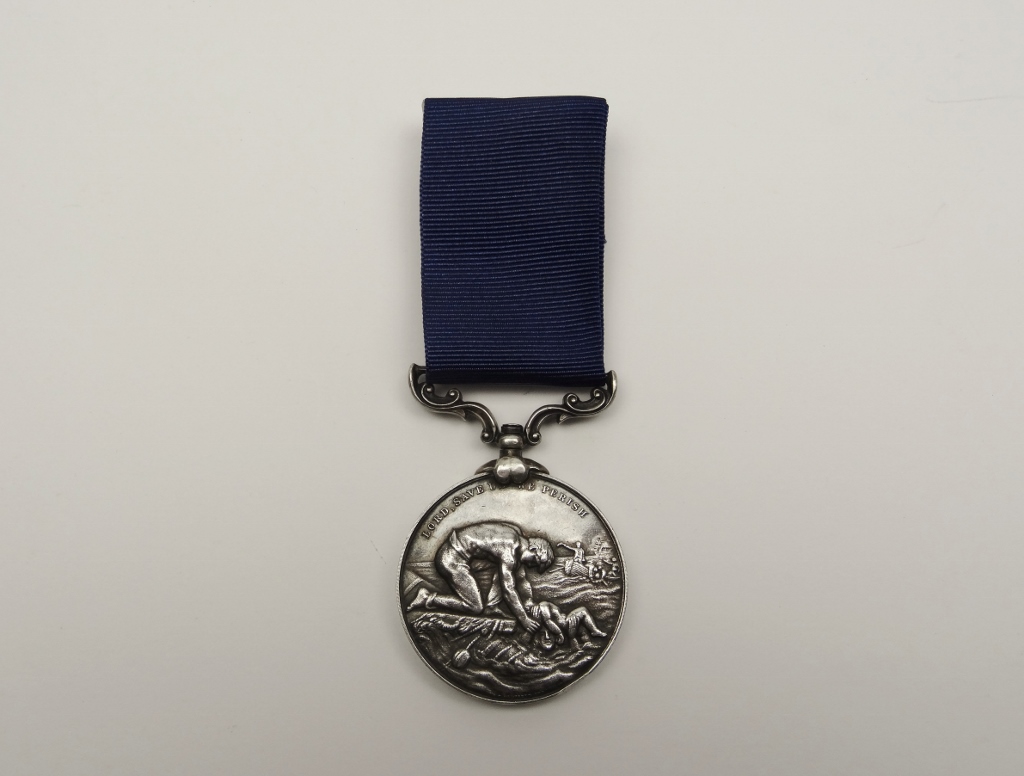 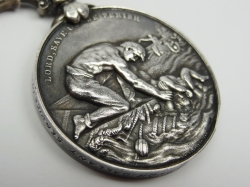 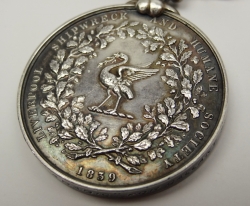 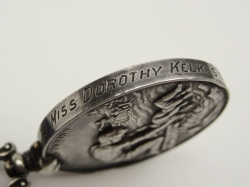 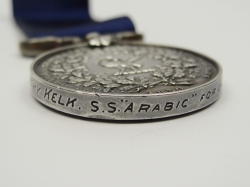 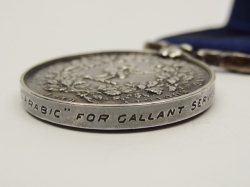 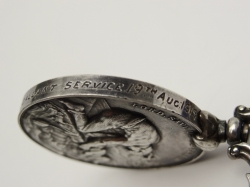 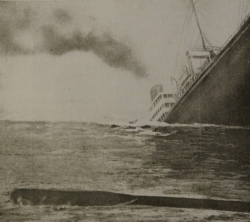 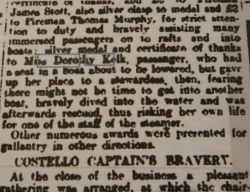 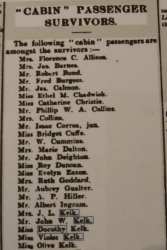 The S.S. Arabic was the first White Star Liner passenger ship to be sunk during WWI, having served the Liverpool to New York and Liverpool to Boston routes. On 19 August 1915, the German submarine U-24 torpedoed Arabic, and the ship sank in 9 minutes. 44 lives were lost with 390 survivors. American reaction to the Arabic sinking was the proximate cause for Germany suspending unrestricted submarine warfare until 1917. Miss Dorothy Kelk was born in January 1894 in Birkenhead, Cheshire and was a passenger with her mother, Jane Lockhart Kelk, younger brother, John Kelk and two younger sisters, Olive and Violet Kelk aboard the S.S. Arabic on 19 Aug 1915.

The following extract of the Liverpool Daily Post 8 Oct 1915 details Dorthy Kelk's heroism: "ARABIC HEROES - HUMANE SOCIETY AWARDS. Silver medal and certificate of thanks to Miss Dorothy Kelk, passenger, who had a seat on a boat about to be lowered, but gave up her place to a stewardess, then, fearing there might not be time to get into another boat, bravely dived into the water and was afterwards rescued, thus risking her own life for one of the staff of the steamer."

Only 6 other passengers and crew members were awarded the Liverpool Shipwreck Medal in silver, with Dorothy being the sole female. The ship's captain, William Finch, was one of just 3 seamen to be conferred the award in gold during WWI: "...whose courage, devotion to duty and skill were undoubtedly leading factors in saving 385 passengers and crew out of 432 persons on board at the time of the disaster."

Just 3 days after the sinking, and with American lives lost, U.S. President Woodrow Wilson issued a statement stating that if the investigation into the incident indicated that it had been a deliberate German attack, then the US would sever relations with Germany. Simultaneously, U.S. Secretary of State Robert Lansing, approved Assistant Secretary Chandler Anderson's suggestion for a meeting with German Ambassador Johann Heinrich von Bernstorff to explain informally that if Germany abandoned submarine warfare, Britain would be the only violator of American neutral rights. Anderson met Bernstorff at the Ritz Carlton Hotel New York and reported to Lansing that Bernstorff had immediately recognised the advantage of making Britain responsible for illegal acts. Subsequently, German Chancellor Theobold von Bethmann-Hollweg and Foreign Secretary Gottlieb von Jagow informed the Americans about secret orders of 1 and 5 June, which instructed submarine commanders not to torpedo passenger ships without notice and provisions for the safety of passengers and crew. Bethmann-Hollweg and von Jagow also sought the Kaiser's approval to spare all passenger ships from submarine attack. Naval Secretary Alfred von Tirpitz was angered enough to offer his resignation, The Kaiser rejected this and issued the order to submarine commanders which were relayed to Washington. From now on, all passenger ships could only be sunk after warning and the saving of passengers and crews. Arbitration on both the R.M.S. Lusitania and S.S. Arabic was also offered.

Read the story of the S.S. Arabic & Miss Dorothy Kelk