Back to: Clearance Sale

THE COMMISSION DOCUMENTS AND TRIPTYCH OF PHOTOGRAPHS OF LT. COL. CHARLES WALTER TRIBE, C.M.G., U.S. ORDER OF THE DRAGON (K.I.A.)

The Commission Certificates of Charles Walter Tribe, Gentleman, on probation from 1 Sep 1887 in the Royal Marine Forces, signed A.H. Hoskins and Charles Holland dated 20 Mar 1888, the other 1 Sept 1887 as 2nd Lieutenant in the Royal Marine Light Infantry signed Hamilton and Charles Holland, Court of Windsor, 18 Feb 1889, accompanied by a leather-framed triptych photograph case with portrait of Charles Walter Tribe in uniform and his twin brothers, William and John Tribe. 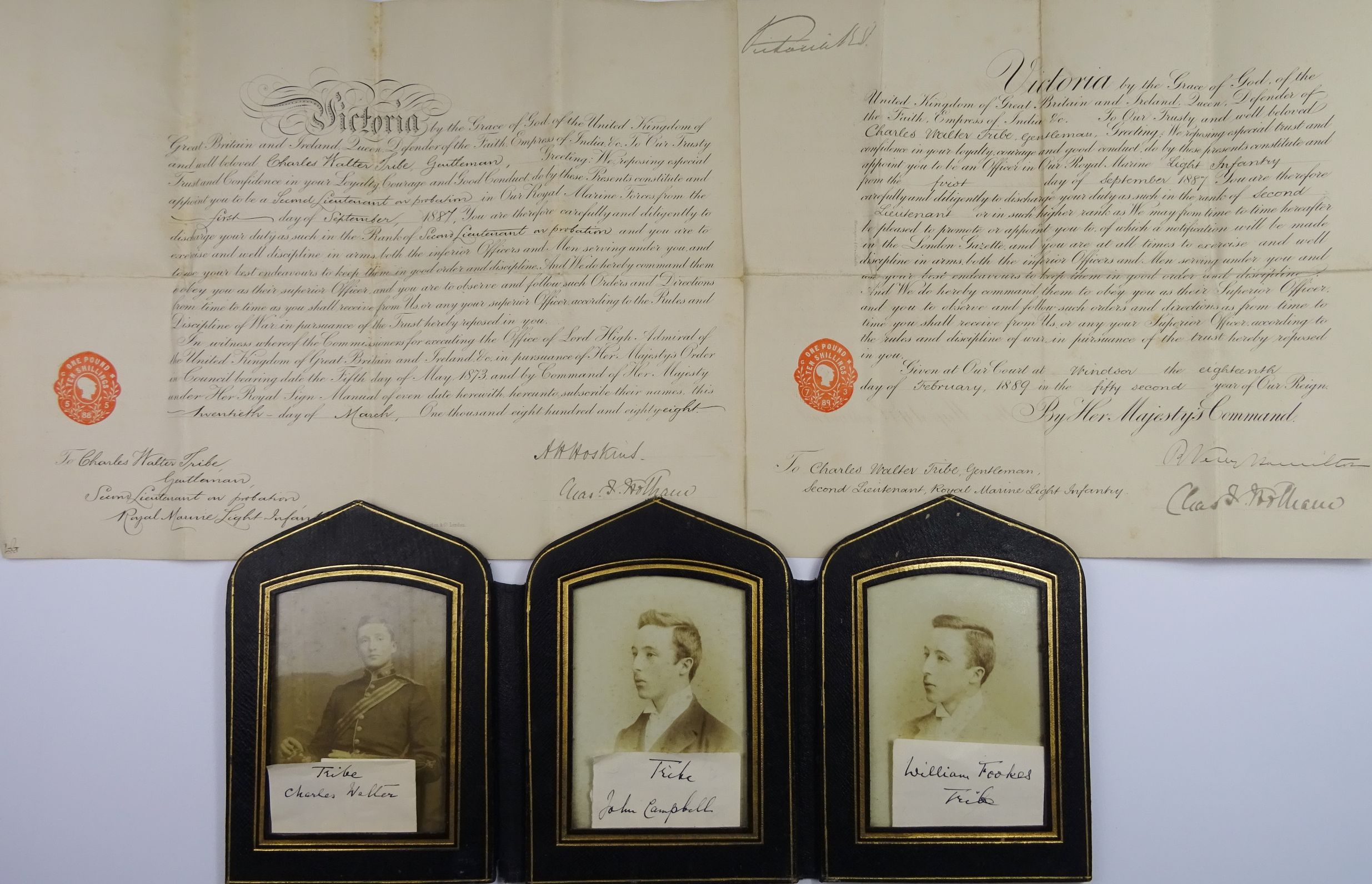 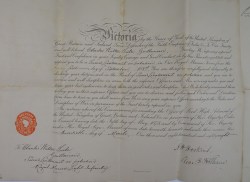 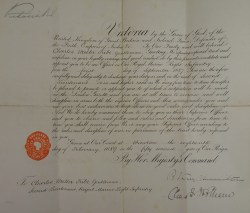 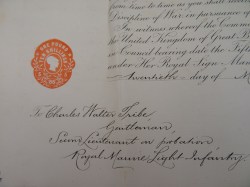 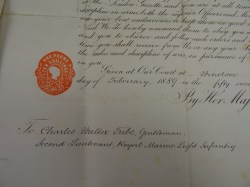 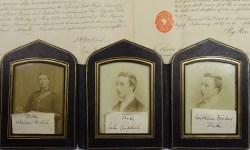 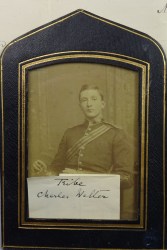 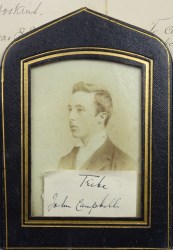 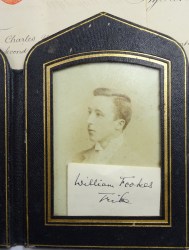 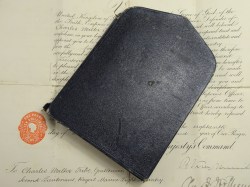 Charles Walter Tribe was born in Agra, the son of the Venerable W.H. Tribe, Archdeacon of of Lahore, and the brother of Mary Duchess of Bedford and William and John Tribe. Educated at the United Services College, Tribe was commissioned into the Royal Marine Light Infantry in Sep 1887 and transferred to the Inidian Staff Corps, serving in the Waziristan Expedition 1894-95, taking part in the Defence & Relief of Malakand, Relief of Chakdara, and operations in Bajaur and the Mamund country. Promoted Captain in Sep 1898, he served with the 38th Dogras in the China Relief Expedition of 1900, and as Deputy- Assistant Adjutant-General, South Africa from June 1901 to July 1902. In 1903 he married Alice Seaton Massy, daughter of Lt.-Col. Charles Francis Massy, Indian Army. In Sep 1905 he was promoted to Major and was appointed Commandant of the Mounted Infantry School, India, from Jan 1906 to Oct 1908.

Promoted Lt.-Col. in Oct 1912, Tribe served as Commandant of the 41st Dogras who landed at Marseilles in Oct 1914 and was severely wounded by a shell splinter in the chest whilst directing No.2 over the parapet in the assault on Richebourg l'Avoue in May 1915, and Mentioned in Sir John French's Despatches. Made a Companion of the Order of St. Michael & St. George at the start of Jan 1916, Tribe was Killed In Action on 13 Jan 1916 and buried at the Amara Cemetery.