Mystery Ships and the heroic ‘folly’ of Lieutenant-Commander Lockington

The term ‘Mystery Ship’ evokes a misty maritime image of the Marie Celeste’s famous flotsam. However, it is term also connected to the First World War, and a tactic devastatingly more real than the dressed-up decoys used in Pirates of the Caribbean.

It was noticed by some shrewd seadog that when German U-boats sank smaller, unescorted merchant ships in the Atlantic, in order to save torpedoes, they would first surface then destroy the vessel with gunfire. In response to this, the Royal Navy started to use Mystery Ships, also called ‘Q-ships’ after their home port of Queenstown, Ireland. 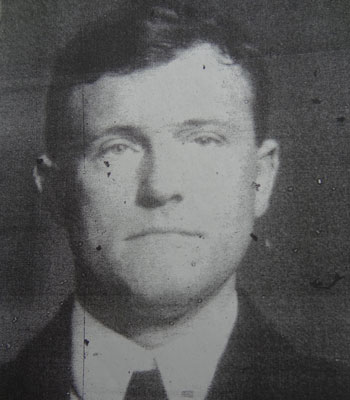 The term ‘Mystery Ship’ evokes a misty maritime image of the Marie Celeste’s famous flotsam. However, it is term also connected to the First World War, and a tactic devastatingly more real than the dressed-up decoys used in Pirates of the Caribbean.

It was noticed by some shrewd seadog that when German U-boats sank smaller, unescorted merchant ships in the Atlantic, in order to save torpedoes, they would first surface then destroy the vessel with gunfire. In response to this, the Royal Navy started to use Mystery Ships, also called ‘Q-ships’ after their home port of Queenstown, Ireland.

A ‘Mystery Ship’ was a wolf in sheep’s clothing. At first sight, through the periscope, she may have appeared as easy prey. Often resembling a rickety fishing trawler or simple, single-funnelled steamer she would only be carrying a balsa wood ‘cargo’. But once bitten, she could show her claws: wooden panels would drop to reveal a fierce armament of 4-inch guns and suddenly the Royal Navy White Ensign would be hoisted and seen fluttering. As the German seamen became more suspicious, so too did the elaborate ruses on board the Mystery Ships: men disguised as bearded merchant sailors, captains accompanied by ‘wives’, and even in one case the ‘cook’ was equipped with a stuffed parrot in a cage. A simulated abandon-ship routine was practiced, whereby half the crew, nicknamed the ‘panic party’ would escape overboard, while the other half would be left hidden to man the guns.

During WWI, Mystery Ships were responsible for sinking 10% of German U-boats and for damaging many more. However by the time of WWII, isolating single ships from your fleet and giving them a makeover was a risky tactic indeed.

Arthur Esme Lockington was born in Peterborough, Northants on 6 Jan 1889. He served in North Russia on the Emtsa River Front at the end of World War I, nicknamed the ‘Polar Bear Expedition’. Ostensibly sent to Russia to prevent a German advance and to help reopen the Eastern Front, US soldiers, primarily, found themselves fighting Bolshevik revolutionaries for months after the Armistice ended fighting in France. Lockington was awarded his Order of St. Stanislaus 2nd Class and a Military O.B.E ‘for valuable services as Naval Transport Officer in Charge on the Emtsa River, where transport was particularly difficult owing to the extreme shallowness of the river. He displayed great energy and zeal and managed this difficult tributary with marked ability.’

Lockington had valuable knowledge and experience of the Navy’s use of Mystery Ships, and used this to effect in WWII, despite now being in his fifties at the beginning of the war. H.M.S Farouk was a two-masted schooner requisited by the Admiralty as transport vessel in 1940, and brought 200 prisoners of war from Mersa Maqtruh to Alexandria in December, the same year. Later the vessel was converted in Alexandria to a Mystery Ship, armed with two 12-pounder guns. The idea came from her commander, LtCdr. Arthur E. Lockington, R.N.R., who had served on Q-ships in WWI. But, from Lockington’s own words in his log of events: ‘A Q-boat’s job is one of surprise, and if the enemy is not surprised, the Q-boat gets his’. 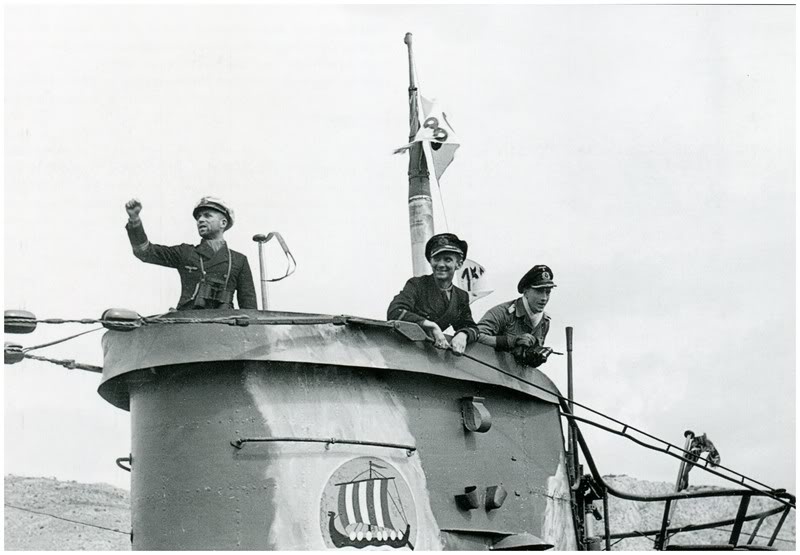 At 10.09hrs on 13 Jun, 1942, U-83 spotted H.M.S. Farouk off Ramkin Island and began shelling her from afar. Lockington’s diary of events describes a deck-hand reporting someone flashing by morse from inshore: ‘I looked and this was the first time I sighted the enemy, the flashing being gun flashes…during the next 20 minutes it was hell aboard, with shells large and small causing terrific explosions, much damage and loss of life’.

Lockington fears the U-boat has not fallen for the Farouq’s disguise:

‘I was getting rather worried, as I expected the U-boat would have ceased fire and closed, seeing the vessel on fire and the Panic Party crew long left the ship. But he did not. He just continued shelling. The first ruze of an innocent caique had failed; he did not fire across the bows and come close to talk to the vessel. I was now perfectly sure the U-boat knew we were a Q-boat.’

In the ensuing fire, bloodshed and chaos, Lockington and a dwindling number of crew tried valiantly to return fire from the only working 12-pdr gun. The Farouk eventually sank despite buoyancy aids being attached for an exchange such as this. The remainder of its crew held on to what they could to stay afloat, especially Lockington, who could not swim. He was one of few survivors, eventually plucked from the swell by an Australian Motor Launch based in Tripoli. Other than Lockington’s D.S.C., 2 more of the crew were awarded D.S.M.s and 4 Mentioned in Despatches (2 posthumously).

The Vice-Admiral’s recording of events is as follows:

‘H.M.S. Farouk was on special service in the Mediterranean as a Q-caique. She was spotted by an enemy U-boat on 13th June, 1942, and the enemy gave her no opportunity whatever to exercise her craft. Instead, her company were subjected to gruelling bombardment at long range, during the course of which, and until the ship actually sank, they showed superb and sustained courage under circumstances which did not permit them to reply. Casualties were heavy, Lt-Cdr. Lockington, the inspiration of the entire enterprise, showed a magnificent example of cool courage throughout.’

The Captain of the Royal Navy’s Recommendation for Decoration records that:

‘H.M.S. Farouk was Lieutenant Commander Lockington’s idea and he chose and fitted out the vessel. He had ‘Q’ boat experience in the last war and though 53 years of age, put the heart of a young man into the enterprise. Unfortunately, his only action with an enemy U-boat took place at long range and his carefully laid plan to send way a panic party and wait till the U-boat closed did not materialise. The U-boat did not close but destroyed his vessel from a range of 3000 to 4000 yards; but this did not prevent Lt-Cdr. Lockington and the majority of his crew from remaining on board their vessel until she was literally blown from under them. I consider this to be a magnificent example of cool courage in the face of heavy odds, in the hope that even at the last, some opportunity might turn up to attack the enemy.’

Lieutenant-Commander Lockington, R.N.R. was awarded the Distinguished Service Cross ‘for courage and determination in the Mediterranean on 24th November, 1942.