With Lawrence in Arabia 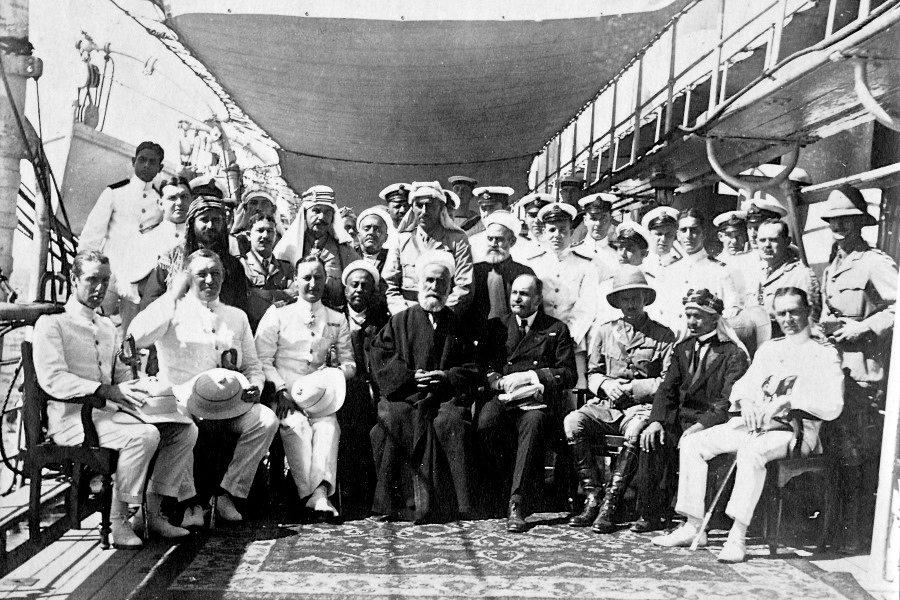 “Without Colonels Cyril Wilson and John Bassett there would be no Arab Revolt. Without them there would be no call for Lowell Thomas to promote T.E. Lawrence as a hero, no iconic 1960s, film, and libraries around the world would have space for other subjects. Wilson and Bassett shored up the revolt when collapse was a serious threat. Their lost stories show that the Arab Revolt could not have had its success without their unsung interventions.”

“Bassett is one of the forty officers listed by T.E. Lawrence in the preface to Seven Pillars of Wisdom as being able to ‘tell a like tale’ to his. But Lawrence deliberately downplays the indispensable diplomatic and intelligence roles played by Wilson, Bassett and others in the Jeddah circle. Recognition of their essential roles would dilute the impact of the Lawrence-centred narrative.” – Philip Walker, Behind the Lawrence Legend 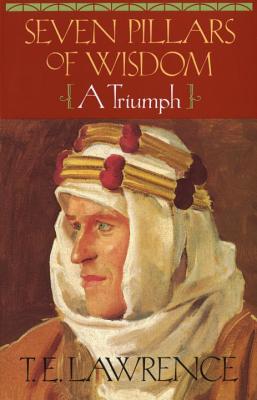 John Retallack Bassett was born on 27 Oct 1878 in Leighton Buzzard, Bedfordshire and served as Acting Chief Staff Officer with the Royal Berkshire Regiment during the Boer War and appointed Governor of a Province of Sudan on 25 Oct 1916, where he became a trusted member of General Reginald Wingate's inner circle.  Following this, he took up an important role as intelligence liaison officer with the French in the eastern Mediterranean, working closely with the British Eastern Mediterranean Special Intelligence Bureau and then placed in command of the 2nd Battalion, Imperial Camel Corps in Sinai on 23 Jan 1917. After leading the Camel Corps into battle during the Raid on Bir El Hassana, Bassett was sent to join the British Military Mission in the Hejaz where he met King Hussein and his son Feisal to discuss military strategy. Bassett gained information on Ottoman railway lines from a network of local spies, which even included the number of spare rails stockpiled at each station.

Bassett was thrust into the high politics of the revolt almost immediately, deputising for Colonel Cyril Wilson, who was suffering from a life-threatening dysentery and evacuated for half a year to Cairo (he would later have to have a leg amputated). The British plans for the region had been leaked in the Sykes-Picot agreement, possibly direct from Lawrence to prince Feisal. His father, King Hussein, was so shaken by what looked like British skulduggery that he not only threatened to pull the plug on the entire revolt but also talked despairingly of suicide. Bassett had to cope with this and the diplomatic fallout of the Balfour Declaration being made public. The British sent Bassett and Commander Hogarth, former Director of the Arab Bureau, to mollify King Hussein aboard HMS Hardinge (Bassett is pictured next to Hogarth, to the king’s left.) General Wingate later expressed how much he valued Bassett’s key role in helping keep the revolt on an even keel: ‘From all Hogarth tells me you have “made good” with the King and are carrying on the Wilson tradition most successfully. Bassett stepped into the breach and brokered a number of vital meetings, sidestepping diplomatic snares before Hogarth’s arrival and helping steer Hussein back from the brink. 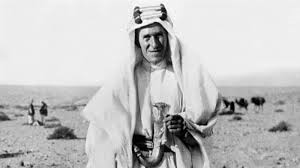 On 8 Feb 1918, he delivered what was to become known as ‘The Bassett Letter’ from London Foreign Office to King Hussein. The letter, written in Arabic, dismissed the publication of the Sykes-Picot Agreement as an attempt by the Ottoman Empire to derail the Arab Revolt by creating mistrust between the Arabs and the British. It was this lie that eventually led Lawrence himself to alienation, disillusionment and depression. Bassett later shaped General Allenby’s approach after King Hussein had resigned in writing on 28 July 1918. Although Bassett thought this a bluff, he urged Allenby to press Whitehall to openly back the King against Ibn Saud incursion into Kurma. The Cabinet agreed, and the policy averted crisis and brought back Hussein once more. 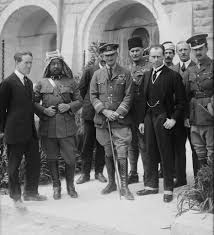 Having cracked the cipher of the Ottoman intelligence secret service, Bassett analysed accounts that provided insight into a complex network of agents, deserters, tribal sheiks, factions and bribes that mirrored British activity. The reality of a hidden intelligence war was far removed from the legend of the Bedouin tribes rising as one behind ‘Lawrence of Arabia’. Following Ottoman surrender, Bassett was sent to interrogate Fahkri Pasha, the obstinate commandant of the Turkish garrison at Medina who had continued to resist after the official armistice. He explained to Bassett that it had been beneath his dignity to surrender to a mere Captain (Herbert Garland who was attached to Emir Abdullah’s forces). Bassett’s intelligence background persuaded him that Fakhri was hiding something and seized his diary and accounts, concluding that Fakhri had been intending a belated alliance with Ibn Saud against Hussein.

In a bizarre footnote, after the war in 1929, Bassett married Evelyn Mary Gillman Burgess and thus became stepfather to Guy Burgess, the future Soviet spy and defector. Bassett was said to ‘incandescent with rage’ about the defection and the secret services taped conversations and interviews of him and guy’s mother. Andrew Lownie’s ‘Stalin’s Englishmen’ provides an insight: “The man Eve Burgess marries is a rather interesting man called Jack Bassett, a retired Army officer who’d served with Lawrence of Arabia in the Arab Bureau. He was an intelligence officer – indeed he had one of the first copies of Seven Pillars of Wisdom – but he and Burgess did not get on very well. You can imagine Burgess feels that this man has come between him and his mum, and he calls him The Colonel. He does everything he can to irritate The Colonel – there’s nothing you can do that irritates The Colonel more than passing the port the wrong way.” To fellow scholars at Trinity College, Cambridge University, Guy always referred to his stepfather as a ‘professional gambler’. Although Bassett was a keen race-goer and lived near both Ascot and Newbury racecourses, it was likely that he funded Guy through the banking industry, into Eton and then one of the richest of Cambridge colleges, arguably sparking another of history’s great intelligence affairs, this time to Britain’s detriment.