Last Rites to the Last Post: an Army Chaplain in No Man's Land

“The sun finally rose above the trenches; it was a perfect morning – the world bathed in beautiful light, birds singing, no sound or gun or rifle, just a lovely, peaceful summer day – and at my feet the sun shone on a dry pool of blood. A few yards further up the trench, it shone on a dead man, the top of whose head had been shot clean away. The contrast was too dreadful: one seemed to be unreal; the usual world and these unusual, awful things. And yet reality kept coming back as I remembered Colonel Pierce, and Harbord, and Wilson, and Bowen, and Dixon, and Martin, and Cuthbert Stonor, and how many others, who had laid down their lives, as it seemed then, for nothing.” - Reverend Devas, Army Chaplain’s Department. 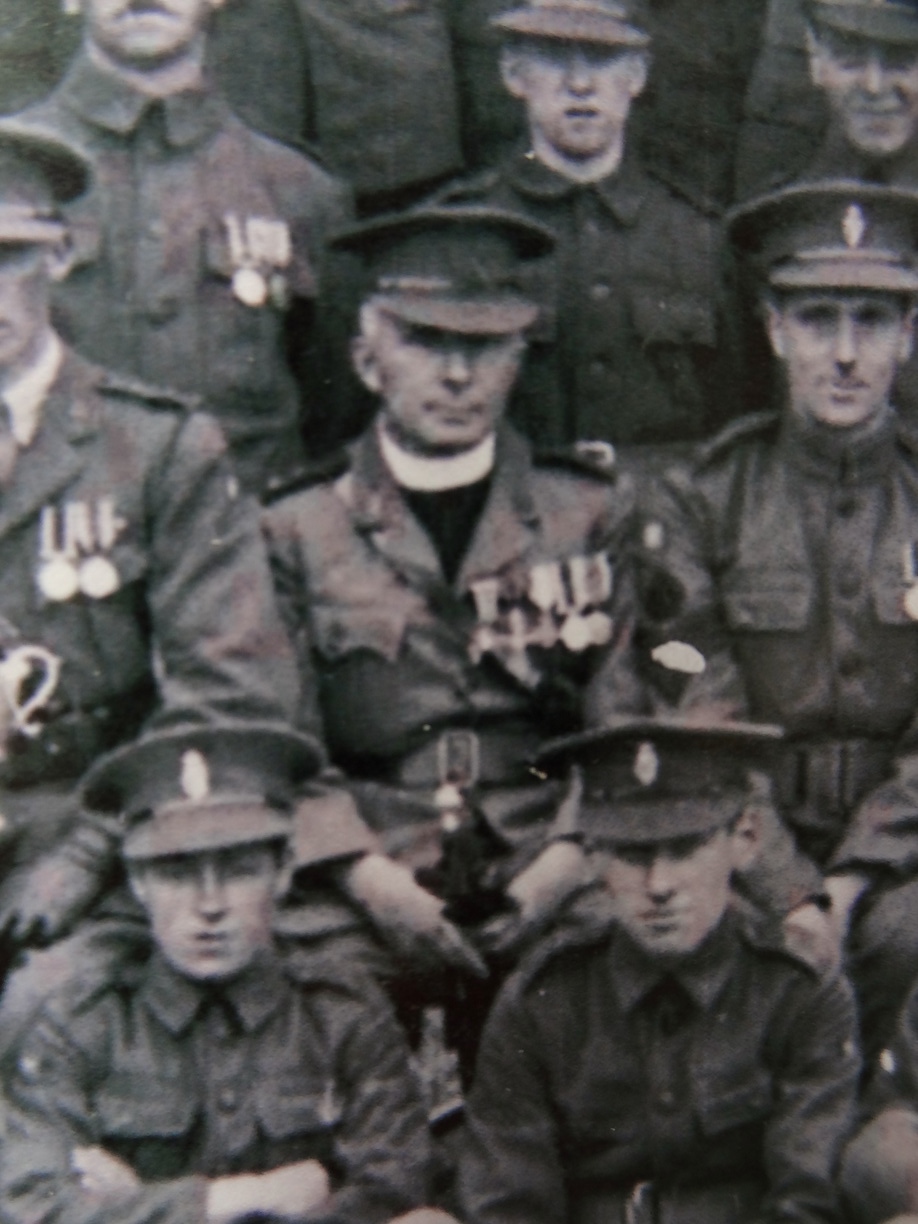 “We arrived at Suvla Bay where the beach was periodically shelled, but a very little way inland was a rocky ridge, where all was peaceful and we were treated to a most gorgeous sunset. I shared a narrow dug-out with young Jordan; a boy fresh from Ireland, full of life and enthusiasm in everything. He was much interested in the way the sand was shaken from the walls of our dug-outs every time a shell passed over our heads. He and all but three of the other officers, and heaven knows how many of the men, were to be lying dead and unburied on Scimitar Hill within four days.”

“In the morning, I was able to ply my official trade as Chaplain among the Catholic men, preparing them for battle by administering the sacraments. Then the attack on Scimitar Hill began and soon the wounded began to flood in; row after row, groaning and moaning. Then began a veritable nightmare: bullets whizzing, shells bursting, flames crackling, as they leapt up on all sides of us, and as I was the only officer there I began to organise parties of men to beat back the flames. Captain Tillie was brought down, wounded in the stomach, bravely and cheerfully enduring terrible pain, and soon to die. I believe my presence was a real comfort to ever so many wounded men, whatever their religion; they held my hand while their wounds were being dressed and clung to me like children. As Wilkinson and I knelt on either side of a man, a bullet passed between our heads and killed the orderly at the man’s feet.”

“The official history says that the 1st Inniskillings came back with no officers and 80 rifles in all. That is not quite true with regard to the officers, of whom at least three returned. Reilly ordered a roll call: it was the most poignantly pathetic thing I have ever seen: that little handful of ragged men and those three officers! And on the hill above us lay the bodies of how many splendid men?”

“On 23rd June we were in the trenches, to be imprisoned till the 29th when the great attack was to take place, when the poor Hun was to be submitted to a terrific bombardment. All day long, and all night, the shells roared and shrieked over our heads, while we spent our time killing rats. The attack was timed for 07:30, and when that came, over they went. I crept outside and peeped over the parapet only to huddle down behind it before a burst of black shrapnel, but not before I had seen a young officer throw up his arms and fall backwards. When I picked myself up, wounded men were coming down the trench, some carried, some hobbling along by themselves or leaning on a comrade’s arm.”

“Up in the Aid Post some of the sights were too awful – one man in particular I remember bleeding to death through his mouth. I asked if I could do anything for him, but the doctor said he would be dead before we reached the Dressing Station; he just sat holding his pocket handkerchief, soaked in blood, to his mouth, showing no emotion except a vague and troubled surprise. When I next came back, he had been released, and was lying dead.”

“Our Colonel had been killed and Sergeant, his batman, killed in a ridiculous but heroic attempt to bring his body in. All the other officers were either dead or lying wounded out in No-Man’s Land. I went off to the Signallers and got on to Brigade, telling them I appeared to be the only officer left with the Inniskillings and asked for instructions. I was told that fresh Details were coming up to us and to hand over what was left of the Regiment to the O.C., King’s Own Scottish Borderers. This I soon did, having held command of the 1st Battalion for about the space of half an hour. We then found many wounded men who had climbed into the front trench or crept into some dug-out, and were there lying dead, or living but unable to move. These we helped to the Aid Post and then leaving the trench we formed little aid parties of men who were bringing in the wounded, unhindered by the Germans.”