Search for the Sunken Triumph

Somewhere in the darkest vaults of MI9 is a sheaf of wartime documents marked ‘Most Secret’. They might shed light on to the sea bed where the remains of submarine HMS Triumph and her crew have been resting for 75 years. Next year, due to the determination of Gavin Don – a former Royal Navy officer and relative to a Lieutenant on board in 1942 – the quest to find the wreck site of the Triumph will be launched.

On 26th December 1941, HMS Triumph sailed from Alexandria with some very unusual crew members - S.O.E. and MI9 Agent, Lieutenant George Atkinson, Greek S.O.E. wireless expert, Diamantes (codename DIAMOND), New Zealand liaison officer, Captain Craig, two British Army commandos from the Northamptonshire Regiment and Royal Artillery and five tonnes of emergency supplies. Atkinson’s mission (codename ISINGLASS) was to meet up with a Greek resistance cell in Athens and then liberate 18 selected Allied soldiers who had been held prisoner by the Italians. In Atkinson’s pocket was his Operation paper with typed heading ‘NOT TO BE TAKEN ASHORE’. With his mission complicated by dual S.O.E. & MI9 instructions, he was to overlook this warning. 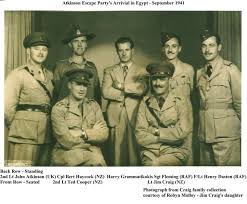 Harry Grammatikakis was a Greek peacetime smuggler and playboy rogue. He had hand-selected a tiny Greek island called Antiparos, seemingly for its geographical position, smattering of houses and lack of Italian garrison, but more probably because he was having an affair with a girl there. Christened ‘Coney Island’ and codenamed HARLEM, Grammatikakis had expertly freed 18 selected Australian prisoners and, south of Athens, the whole party had narrowly evaded recapture by the Germans. He had also picked up stores of food, which was no easy task given the shortage – some records show that nearly 400,000 Greeks died of starvation during the occupation.

Now safely in position on Antiparos and in high spirits, they set signal fires for Triumph and watched as her periscope approached. The Australians’ spirits were dampened when the Captain of Triumph told them to unpack their bags – it was judged there would not be enough air in the submarine for the increased crew quota whilst Atkinson hot-footed it to Athens. They would have to wait on the island for a further 10 days. Their frustration, anger and disappointment at this decision was understandable, but it was a decision that would save their lives. 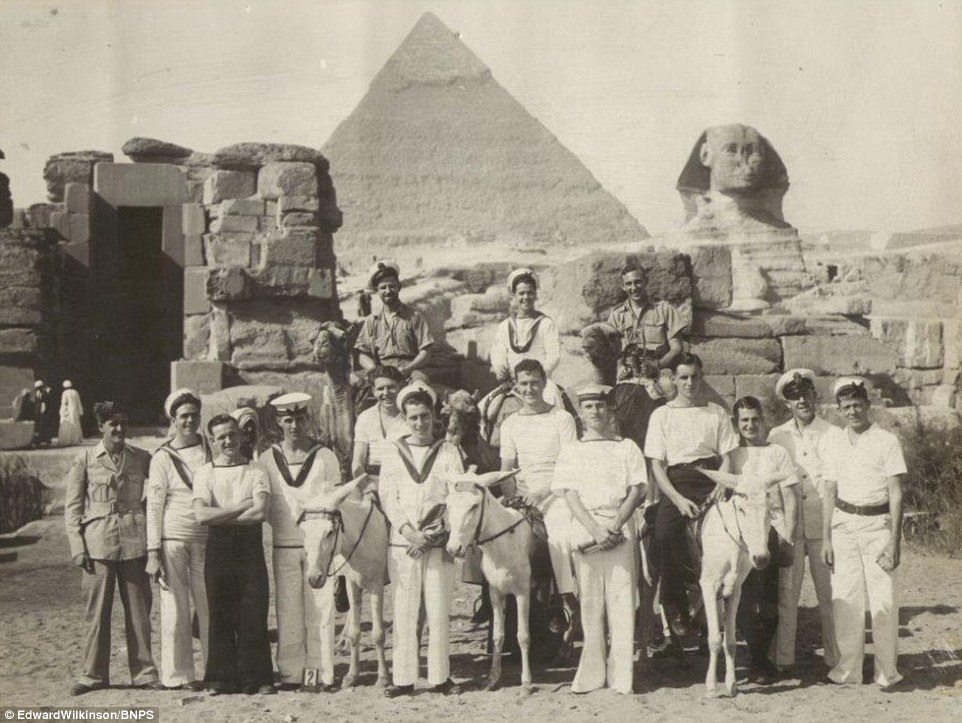 Grammatikakis was happy on HARLEM and not too keen on leaving for Athens. After a last night of passion he and DIAMOND would make contact and arrange to meet with the Greek resistance members. He could not have possibly foreseen it, but his girlfriend’s mother had already had enough of the new lascivious islanders, and to protect her daughter from him, she had reported everything to the Italian garrison on Paros. On 6 Jan 1942 at two o’ clock in the morning, a small Italian patrol arrived at the safe house and beat down the door. DIAMOND was arrested and Atkinson and Craig hid upstairs. As soon as the first Italian entered the bedroom, Atkinson shot him dead and another housemate opened up with a burst of machine-gun fire. Two hand-grenades came flying through the window, so Atkinson and Craig jumped out of the other one. As they sprinted for the beach, another grenade burst between them and injured Atkinson. He hobbled out of sight of Craig and each man went to ground separately for three days whilst the heat cooled off.

HARLEM was now crawling with Italian soldiers, but despite this, Craig managed to set up torch signals for Triumph’s return. There was no reply. No doubt they were being put off by the island’s military presence. He met up with other evaders and tried again the next day; more desperately this time, as the party had run out of food. The calm waters gave no sign of disturbance from Triumph, but on the night of 14 Jan, Craig thought he caught sight of an E-Boat.

By 17 Jan, Craig’s hideout had been discovered and his party, as well as an injured Atkinson, had been discovered. Atkinson’s was frisked and his Colt 45 taken and his pockets emptied. A crumpled-up document was unfolded to reveal Atkinson’s Top Secret Operational Order. This was immediately passed to the Gestapo who set about rounding up the listed members of the Greek resistance cell called ‘Kanellopoulos’. Atkinson was hospitalised and when recovered, swiftly put on trial along with 25 Greeks who had been implicated. Atkinson was convicted, condemned and killed by firing squad at the Kaisariani shooting ground on 28 Feb 1943. There is a memorial to him and fellow rebels on Antiparos/HARLEM. Grammatikakis escaped capture, but with his cover blown, was relocated to the Congo. Craig escaped from Italian prison, was awarded the M.C. & Bar, and gave a written account of this episode after the war.

Triumph has been missing ever since, lost with all hands, including the mysterious commandos listed on the Commonwealth War Graves Memorial. Gavin Don has made it his mission to locate HMS Triumph which was presumed mined. There are many conflicting theories as to its resting place and fate. Unlike Atkinson, Don can make all the noise he wants in gathering support for his sonar scouting project. He has simply declared: “We will find Triumph”.