Mission to Berlin: British BRIXMIS spying on Soviet forces in the 1980s

The little-known intelligence organisation called ‘BRIXMIS’ worked throughout the Cold War years from 1946 to 1990 gathering intelligence in the former Soviet Occupation Zone of East Germany on the threat posed to the West and NATO by the Soviet and East German forces.

At the end of WWII, Germany was divided into Occupation Zones by the Allies. An agreement for 'The Control Machinery in Germany' provided for the exchange of Military Liaison Missions between the respective Occupation Zones. The British and the Soviets were the first to implement this on 16 Sep1946 and The British Commanders'-in-Chief Mission (BRIXMIS) to the Soviet Forces in Germany was formed, establishing its Headquarters at Potsdam in the Soviet Occupied Zone while the Soviets had their Mission at Bad Salzuflen in the British Zone.

It worked in conjunction with the Missions of the USA and France to provide the only on-ground professional assessment of the capabilities of the Soviet and East German Forces. An important part of its role was to detect and give early warning of any indication of a Soviet intention to mount an attack on the West. Over the 43 years the Mission was in existence it achieved many intelligence coups by observing the Soviet Forces on manoeuvres at close quarters and photographing first sightings of the very latest missile systems, tanks, artillery, aircraft and command, control and communications systems. 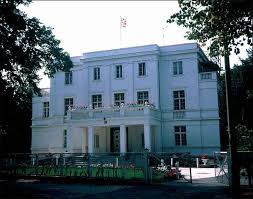 The Intelligence Staffs of HQ BAOR, the MOD and our Allies relied heavily on the intelligence from these Missions. In particular, the Mission was able to provide often unique close-up photography of the latest Soviet equipment from which Allied intelligence analysts could assess, for instance, the size of gun needed on the next British tank to defeat the Soviet tank or make a detailed assessment of the latest Soviet aircraft.

BRIXMIS was headed by an Army Brigadier with an RAF Group Captain as his Deputy and the remainder of the staff were drawn from both Services. Except in the early days there was no Naval representation as the Soviets placed the whole East German coastline in a Permanently Restricted Area. The original Agreement provided for 11 officers and 20 NCOs to have Soviet Passes granting them freedom of travel throughout the Soviet Zone and this did not change during the years the Mission was in existence. However a much larger back-up staff was located in a secure Headquarters in the British Sector of West Berlin. This housed the Mission's Operations Rooms, photo processing laboratory, target records and computer database on the Soviet Forces. Over 70 members of the Intelligence Corps served in the Mission during its existence, some for more than one posting. 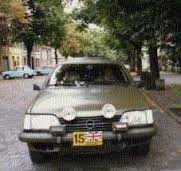 After the original Mission House was attacked by a mob in in 1958 a new Mission House was subsequently provided in Potsdam. By the early 1980s the standard production model Opel Admirals had given way to the 3.0i Opel Senators. Despite looking more-or-less like normal production saloons, the Senators were far from standard by the time they were handed over to BRIXMIS and painted a non-reflective matt olive green.  They were fitted with Ferguson Formula (FF) four-wheel drive, a strengthened suspension and half a tonne of armoured plating to protect the engine and chassis. Its fuel tank capacity was increased through the use of additional tanks to 180 litres.  All the internal surfaces, such as seats, dashboard, trim and roof lining, were blacked out to minimise reflection, and blinds were fitted to the back and rear side windows to darken the interior and make what the crew were doing, difficult to observe.

Extra spot lights and map lights were fitted, and the lights over the rear number plates could be switched off. Infra-red and tactical lights were fitted for discreet night driving. The result was a quiet, relatively inconspicuous, long range, fast powerful saloon with good cross-country performance, and the ability to carry a crew of three and all their equipment for several days at a time, in all weather. It was in essence a thoroughbred, albeit rather cramped, touring vehicle, deceptively fragile  with a real turn of speed, and even when it was unable to speed away from hostile encounters, it was often given the benefit of the doubt by the opposition when they were considering potentially dangerous acts.

Read about Anthony Haw’s May Day Mission to break into a Soviet maximum security building to photograph T-64 tanks.