"Men have sailed the seas for so many years and have there done such amazing things in the face of danger, difficulty and death, that no one tale of heroism exists which cannot be equalled by at least scores of others. But since behaviour of bodies of untried men under trying circumstances is always interesting, I am trying to tell again the old story of the Sarah Sands, as an example of long-drawn-out and undefeatable courage and cool-headedness." –Rudyard Kipling

On 29 December 1857 The Times headline ran: 'Burning of the Sarah Sands Transport Steamer'. Its story of 'preservation of the ship and crew may be fairly considered one of the most marvellous on record'.

The 54th Foot - The Dorsetshire Regiment - were to reinforce the loyal troops fighting the mutineers in India. However, their journey was bedevilled by problems from the outset. Following an inspection by the Major-General Commanding Portsmouth, the S.S. Sarah Sands was found to be unfit to carry the allotted number of troops, women and children (including officer's wives, Colonel Moffat's daughters and the Regimental schoolmistress). Kipling expands on the ship's facilities:

"The accommodation for the troops was generously described as 'inferior', and what men called 'inferior' in 1857 would now be called unspeakable".

Progress was tortuously slow and it took two long months to reach Cape Town. On disembarking, complaints were immediately made about the state of the meagre rations on board – violent complaints – and the Naval Bluejackets had to be summoned to quell the disturbance and clamp the ringleaders in irons.

As the sea-sick trip continued, the ship was struck by a strong squall which carried away her foremast. Four days later, with the Sarah Sands mutinous crew 700 miles between Mauritius and Ceylon and in shark-infested waters, the situation got a whole lot worse. Sergeant Murray began to see a spiral of smoke coming up from the after-hatch. Lieutenant Schotel later wrote that "a cry of 'Fire!' - that most horrible of all cries at sea - was raised". Captain Castle immediately sounded the alarm and dropped lifeboats onto the sea, which were hurriedly filled by women, children, drummerboys, and surprisingly, Colonel Moffat.

The remaining crew set about directing water hoses onto the burning galley stores, mindful that the immovable powder-filled magazines were housed nearby. Then a Major and Captain ordered the powder kegs to be thrown overboard one-by-one. While some soldiers were emptying the magazines, others were damping down the coal by pouring water through holes in the upper desk planking. This was both exhausting and asphyxiating work and many were 'brought on deck quite senseless'.

By eight o' clock that evening, despite the best efforts, fire had spread by gusts of wind and succeeded in taken down the mizzenmast. A quick-thinking Lance Corporal McCullum saved the ship from further injury by cutting away rigging from the mast and allowing it to fall safely without risk of capsizing. Then the inevitable happened. The flames reached some of the powder at midnight and a huge explosion shook the stricken ship. Soldiers were taken to throwing buckets of water over the ship's coals to prevent complete annihilation. Engineer Frazer initiated the plan to purposely flood the stern as a last resort. 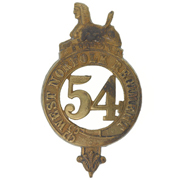 Captain Castle began to prepare for reading the ship's last rites, but the elements intervened; a sudden change in wind direction fanned the flames away from the coal reserves. It also allowed the Captain to set one of the four remaining sails and change destination, with a favourable wind, to Mauritius.

Under extreme duress and still on fire, the sorry Sarah Sands finally reached Port Louis, on 23 November. Engineer Frazer, having felt that the resulting vibrations might be catastrophic, only risked the engine for the final approach. In the absence of much of the wooden decking, the crew watched nervously as the the naked screw-shaft pumped away at the bowels of the vessel. The tattered Regimental colours were raised to the onlookers on shore.

Once on dry land, the passengers and crew of the Sarah Sands received a hero's welcome: the Council provided for all ranks a 'magnificent' banquet in the market place. The Captain of the American ship 'Hamlet' asked if he could somehow help those with charred uniforms stuck to their skin. The only assistance required was to the ship's singed tobacco rations. The American Captain promptly rustled up 400 pounds of Cavendish as well as 1000 Manilla cigars for the officers.